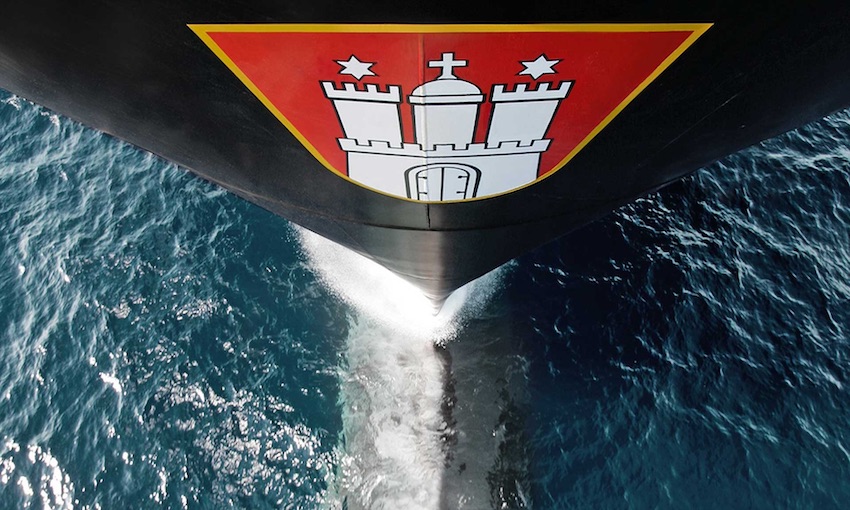 SHIPPING line Hapag-Lloyd has commissioned the South Korean shipyard Daewoo Shipbuilding & Marine Engineering to build six ships, each with a capacity of more than 23,500 TEU.

Rolf Habben Jansen, CEO of Hapag-Lloyd said, “With this investment in the additional newbuildings, we want to take another step in the ongoing modernisation of our fleet in terms of both ship size and sustainability.

“At the same time, we want to meet the persistently high demand and reduce our slot costs.”

The vessels will be deployed on the Europe-Far East routes as part of THE Alliance and will thereby significantly boost Hapag-Lloyd’s competitiveness in this trade.

Hapag-Lloyd had already placed an order for six ships of the same size at the end of 2020. Thus, the fleet will be expanded by a dozen 23,500+ TEU ships in total.

The large container ships will be outfitted with a state-of-the-art high-pressure dual-fuel engine that will be extremely fuel-efficient. Their engine will operate on liquefied natural gas, but the vessels will also have sufficient tank capacity to operate on conventional fuel as an alternative.

Hapag-Lloyd is focusing on LNG as a medium-term solution, as it reduces carbon-dioxide emissions by around 15% to 25% and emissions of sulphur dioxide and particulate matter by more than 90%. Fossil LNG is currently the most promising fuel on the path towards zero emissions. The medium-term goal is to have ships that operate in a climate-neutral way using synthetic natural gas.

The six additional ships have been financed via a syndicated green loan in the amount of US$852m that has a maturity of 12 years from the date of delivery. The transaction was concluded in accordance with the Green Loan Principles of the Loan Market Association while also being verified by an independent expert in the form of a secondary party opinion of the DNV. The credit facility is being backed by the Korea Trade Insurance Corporation and the syndicate consists of 10 banks.