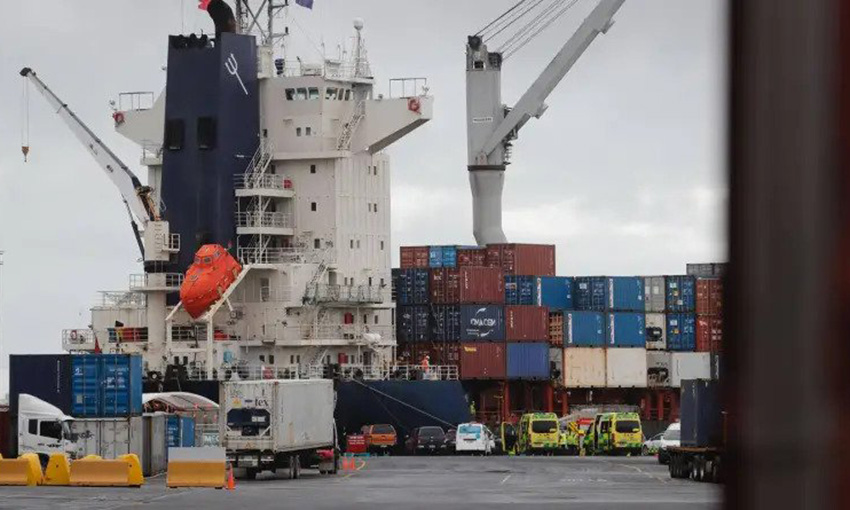 The site of the accident at Auckland on 19 April. Image: MUNZ
ADVERTISEMENT

THE NEW Zealand Transport Accident Investigation Commission (TAIC) is beginning an investigation into the two recent workplace deaths at Lyttelton Port (on 25 April) and Ports of Auckland (on 19 April).

NZ minister for workplace relations and safety Michael Wood said all New Zealanders should return from work safe and unharmed.

“Recently we have seen a disproportionate number of injuries and fatalities in the port industry,” he said.

“The actions taken today will provide clarity on how we can reduce these serious incidents.”

In addition to directing TAIC to commence its investigation, Mr Wood requested all port companies review their operations and provide assurances that appropriate steps are being taken to minimise the risk of harm from high-risk activities. He also asked the Ports Leadership Group to prepare advice on additional actions he could consider.

In addition, Maritime New Zealand officers and WorkSafe inspectors will be undertaking assessments at each of the 13 major international commercial ports around the country over the next fortnight.

Mr Wood said the TAIC investigation would provide an independent, safety-focused approach to identifying wider circumstances and causes of the accidents.

“TAIC investigations are systemic, independent and impartial, with extensive legal powers to gather and protect evidence,” he said.

“I know New Zealanders will be rightly concerned about the safety culture at our country’s ports. Today I met with port heads, unions, stevedore representatives and regulators to impress the need for an immediate shift to a safety-first culture.”

TAIC has appointed a team of investigators who will travel to both accident scenes.

The commission said in this initial phase of the inquiry, investigators will speak with people who may have information about the accidents, gather evidence about the accident scenes, secure records and recordings such as photos, videos and other data. TAIC said the operating environment is always of interest, including the operating company safety systems, organisational culture of the ship and stevedore operators, and regulatory matters.

Rail and Maritime Transport Union general secretary Wayne Butson said many of the workers who have died in New Zealand ports in recent years have been young people.

All were fathers, mothers, sons, daughters and had families and friends and workmates who have been left devastated by their loss, he says.

“Workers have a right to come home safely. These workers are carrying out essential work that our nation depends on. They have been failed by the system,” he said.

Maritime Union of Australia national secretary and ITF president Paddy Crumlin said both deaths were avoidable tragedies that must force a renewed focus on safety at work for the many thousands of Australian and Kiwi stevedoring workers.

“It is with deep shock that we have learned that a second MUNZ member in a week has been tragically killed on the docks, this time at Lyttelton,” Mr Crumlin said.

“The MUA and ITF extend again our very deepest sympathies and condolences to the family, friends and workmates of the deceased and renew our calls for employers and government to engage seriously with the issue of safety at our ports and along the waterfront.”