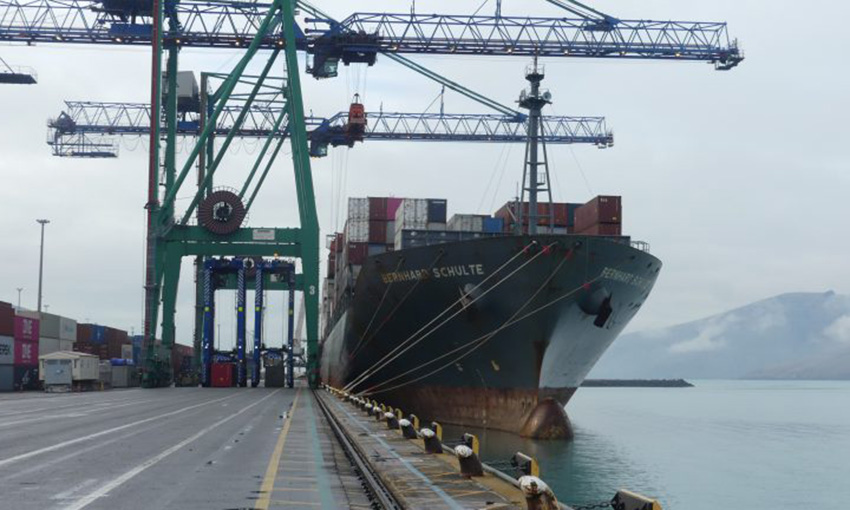 LYTTELTON Port Company exchanged the 500,000th TEU for the 2022 financial year in the last week of June.

This is the first time the South Island port handled such cargo volumes over one year.

The 500,000th TEU was exchanged on the Bernhard Schulte in the early hours of 29 June.

“Our continued growth is only possible with everyone’s hard work, dedication and innovation from the teams at Lyttelton Port, across to our inland ports, CityDepot and MidlandPort, as well as our customers,” he said.

“This landmark is important in signalling to others that we are no longer a small, 100,000 TEU-a-year port. This also links into the ongoing growth with the new coastal services recently announced. We have hit this large milestone and are showing no signs of slowing down.

“Facilitating the trade of containers is not only a crucial part of our success as a business, but the success of the economy of the Canterbury region and the South Island.”

An NZ$85-million expansion of the Container Terminal on the Te Awaparahi Bay reclamation is underway. LPC said this would lift the capacity of the terminal from 500,000 TEU to 620,000 TEU by the end of this year.

This comes on top of the doubling of rail capacity through the investment in a new, second rail siding, the purchase of a fleet of Noell straddle carriers and the construction of reefer towers.