IFCBAA national conference kicks off on the Gold Coast 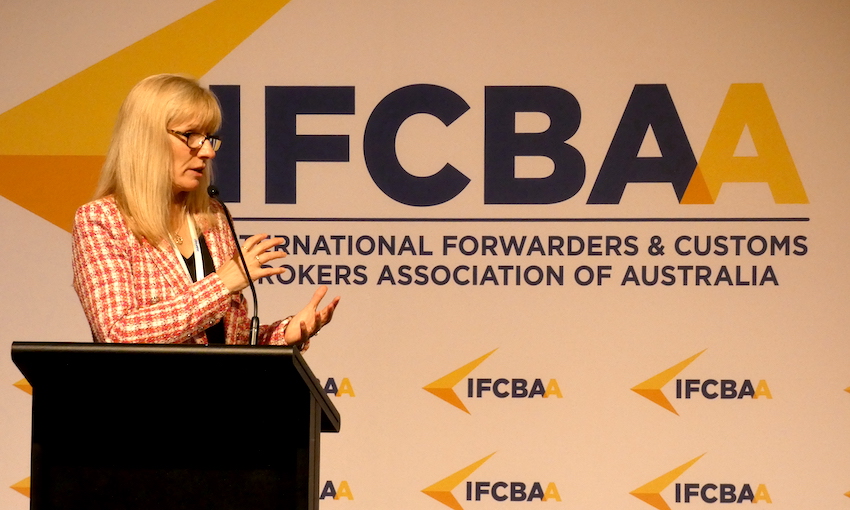 FREIGHT and logistics professionals from across Australia met at the International Forwarders and Customs Brokers Association of Australia conference on Friday to explore pathways forward from a challenging year.

The 2022 IFCBAA National Conference was held over two days at the JW Marriot resort in Surfers Paradise on the Gold Coast.

Day one kicked off with an official welcome and update from IFCBAA chair Adam Butler and IFCBAA CEO Paul Damkjaer respectively.

Australian Border Force commissioner Michael Outram then gave a presentation on supply chain integrity and the importance of global trading systems, which laid the groundwork for the discussions that followed.

“Part X allows shipping lines to have a complete exemption from the … competitive measures in the act,” he said, describing it as “highly unusual” and no longer fit for purpose.

Mr Schroder also discussed vertical integration between shipping lines and landside logistics services, which he said isn’t seen as an issue for the ACCC.

“We do review those mergers that result in vertical integration, but what we have to do to prevent a merger is to prove there is a substantial lessening of competition from that transaction.”

He noted pandemic challenges and the supply chain crisis are not the only factors driving digitalisation in the industry. Government policy, the urgency of data security and sustainability also contribute to its acceleration.

He also discussed the 2022-23 Federal Budget, under which a significant amount of money was committed to assisting cross-border trade.

“It’s all very well to talk about that, but if you don’t have them co-ordinated, there’s no oversight over the whole project. They’re all doing work in different silos. But the whole idea is not to have silos, but to have a seamless one-touch transition.”

They include sustainability, end-to-end digitalisation, safe carriage of cargo and mail, and work to facilitate the global distribution of healthcare products and securing and facilitating cross-border movements.

Finally, IFCBAA’s Teresa Giannini and Sterling Richards of My Freight career addressed the urgency of attracting new talent to the industry, which was a recurring theme throughout the day.