The Cooma at the Port of Eden. Image: Nick Haenig, Svitzer

AS THE bushfire crisis continues across the nation, Ports Australia extends its best wishes to those impacted by the fires and the heroes continuing to battle on the frontline.

“We’d also like to acknowledge and thank our members that have contributed to the relief effort so far, especially throughout one of the most trying periods we have ever witnessed as a nation,” Ports Australia CEO Mike Gallacher said.

“Like many industries, the indirect effects of the flames have been felt by the workers at our ports.”

Stevedores and port staff have been bombarded with oppressive smoke day-in-day-out, at times forced to down tools for the sake of their own health and safety, not to mention the mental strains of worrying about family, friends, or co-workers affected by fires.

“The effort by port staff and various players along the supply chain has been vital for keeping the flow of goods and resources from ship to fire-affected communities running, even more so while fires interrupt crucial freight corridors.

“It has formed a part of the incredible display of Australian spirit shown throughout the crisis and is something we at Ports Australia are immensely proud of,” Mr Gallacher said.

He said he has been astounded by selfless acts of sacrifice by members of the port sector over the last few months.

“We’re pleased to join the Australian Cruise Association’s CEO, Jill Abel who in a recent statement thanked TasPorts in Burnie, Port of Melbourne, and Flinders Ports in Port Lincoln for taking in diverted cruise liners at short notice.”

Victorian International Container Terminal has donated shipping containers and employed numerous fundraising initiatives such as supplying staff with vouchers to use in fire-affected towns to keep local trade moving.

“Port Botany should be proud of the way they’ve expedited the throughput of fire retardant so it can be quickly in the hands of firefighters on the ground,” Mr Gallacher said.

The Far Saracen vessel was first to arrive at Mallacoota with vital relief supplies after being tasked by the Victorian emergency coordinator.

“A special mention must be made for the team at the Port of Eden which had flames on its doorstep and crowds of residents swarming to the water to escape the blaze.

“The Svitzer Australia team at Eden graciously sheltered more than 80 of those residents on their vessels at the port and provided transportation for firefighters around Twofold Bay.

“Our support is with the Port Authority of NSW who will continue working with the port to ensure its road to recovery is safe and smooth.”

Many other members of Ports Australia have sent their support to Australian communities in various ways, as well as taking the grassroots approach in their operations which ensures the welfare of their staff directly and indirectly affected by the fires.

“Every act has made us feel even more honoured to represent them,” Mr Gallacher said. 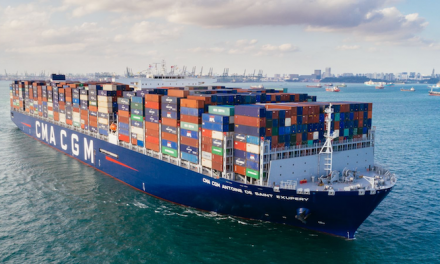 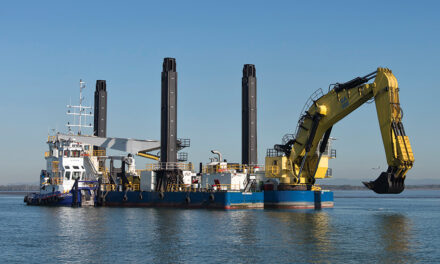