IN 2020, the first hydrogen-powered vessel to be self-sufficient in energy is set to complete the longest offshore crossings in her history, which will take her as far as Tokyo during the Olympic Games, and then on to California.

Some new onboard technologies will be tested and optimised during this key stage, giving concrete expression to the project’s renewed ambition: to design, develop and now share clean energy systems accessible to the widest possible audience.

Since Energy Observer’s launch in 2017, water of all temperatures has flowed between the hulls of this historic race boat, revamped to create a “floating laboratory of clean energies”.

For the next four years, a new phase is opening up with the longest on-the-water crossings in the history of Energy Observer. In 2020 the vessel will cover more miles in one year than she has since her launch, with the equivalent of nearly a circumnavigation of the globe.

On the program are three offshore crossings amounting to a total distance of over 20,000 nautical miles with the aim of pushing the energy systems even further, not just in extreme conditions but also over very long distances.

The boat will then launch into a second Pacific crossing, bound for California, a pioneering state in North America’s ecological revolution, with stopovers in San Francisco, Los Angeles and San Diego.

New technological features have been installed to take on the long crossings that await her including a new fuel cell system specially developed by Toyota for Energy Observer. This innovation, made possible through a close collaboration between the engineers from Toyota and those from Energy Observer, will provide the vessel with greater power and efficiency, a precious asset, especially so in deteriorating weather conditions. 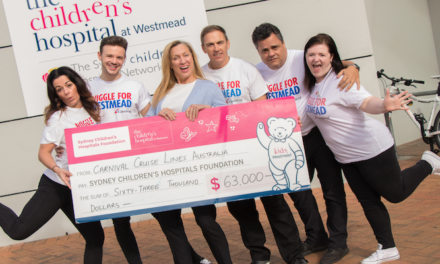