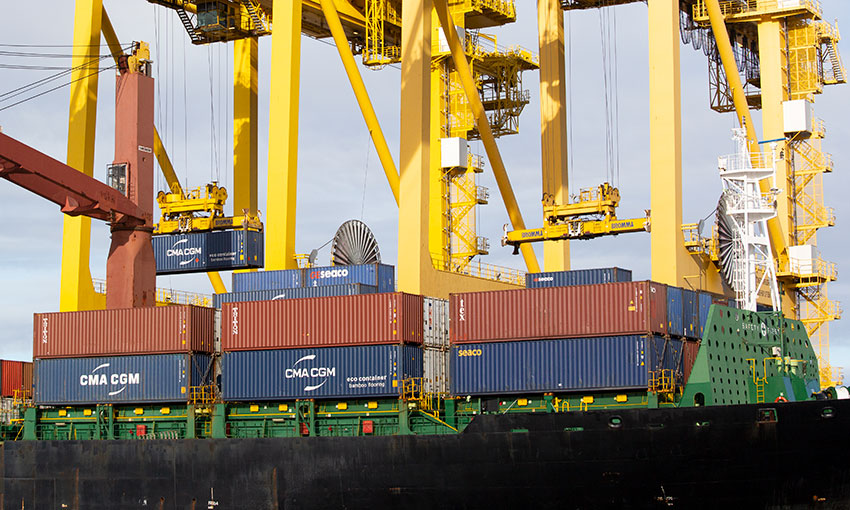 THE Australian Competition and Consumer Commission has lodged an appeal against the Federal Court’s decision to dismiss its case against NSW Ports.

In a statement, the ACCC said the court found that competition laws did not apply to NSW Ports when it entered into certain agreements, known as the Port Commitment Deeds, because the company had “derivative crown immunity”. The court also found that compensation provisions in the Port Commitment Deeds did not have an anti-competitive purpose or effect.

ACCC chair Rod Sims said, “We are appealing from this decision because we consider that the purpose and likely effect of the compensation provisions entered into at the time the State of NSW privatised the Ports of Botany and Kembla was anti-competitive.

“Agreements entered into when existing state-owned monopoly businesses are being privatised, which seek to maximise profit from the sale by protecting that monopoly from competition in the future, are inherently anti-competitive.”

Mr Sims said the ACCC remains concerned that the Port Commitment Deeds will effectively hinder or prevent the development of a competing container terminal at the Port of Newcastle for 50 years.

“This is a matter of significance for the Australian economy,” he said.

“Development of another container terminal in NSW, even whilst Port Botany still has capacity, would provide a viable alternative and more cost-effective export routes for regional NSW farmers and manufacturers,” Mr Carmody said.

“Such competition would increase regional NSW global competitiveness and allow these suppliers to avoid congested supply chains. Port of Newcastle is confident that it has the ability to compete in the same market as Port Botany.”

Mr Carmody said Port of Newcastle continues to monitor the progress of the Federal Court proceedings with a keen interest.

The ACCC argued that the Botany and Kembla Port Commitment Deeds had an anti-competitive purpose and likely effect because they were intended, and were likely, to hinder or prevent the development of a competing container terminal at the Port of Newcastle.

Mr Sims said the ACCC would argue that the court made an error in finding that the Port Commitment Deeds didn’t have an anti-competitive purpose, even though the court found that the purpose of the deeds was to secure a higher sale price for the state from selling the existing monopoly of Port Botany, and ensure that NSW Ports would retain the full value of that monopoly.

The court found that the 50-year term of the Port Commitment Deeds was not relevant when assessing whether they have an anti-competitive effect, because the development of a container terminal at the Port of Newcastle was “fanciful” or a “speculative possibility” when the agreements were made.

“The ACCC’s case is that there was always a meaningful possibility that some time over the 50-year period a container terminal would be developed at the Port of Newcastle, if not for the compensation provisions. These provisions in the Port Commitment Deeds increased the barriers to the development of such a terminal, and this is anti-competitive,” Mr Sims said.

The court also found that, at the time the compensation provisions were agreed, it was speculative whether there would be a future change in state policy to favour the development of a container terminal at the Port of Newcastle, and took this into account in finding that the provisions were not likely to have the effect of substantially lessening competition.

“State governments, and their policies, change regularly and are likely to change during the 50-year term of the Port Commitment Deeds,” Mr Sims said.

“We will submit that there was a meaningful prospect that there would be a change in state policy to favour the development of a container terminal at the Port of Newcastle at some time in the future.”

The ACCC is also appealing from the court’s decision that the prohibition on agreements with an anti-competitive purpose or effect did not apply to the State of NSW and NSW Ports making the Port Commitment Deeds, on the basis of crown immunity and derivative crown immunity.

The ACCC is challenging the court’s finding that the competition law did not apply because the state was not carrying on a business when it entered into the Port Commitment Deeds, as well as the findings made by the Court that NSW Ports benefited from derivative crown immunity. What is called crown immunity protects state governments from competition laws in certain circumstances, and this immunity, in some circumstances, can extend to parties that contract with the state, which is known as derivative crown immunity.