The government’s intended developer of a container terminal until November 2013 was Mayfield Development Corporation Pty Ltd. Mayfield is owned 61% by AP Moller-Maersk and 39% by Anglo Ports Pty Ltd.

The government terminated its negotiation with Mayfield because the payment requirement was likely to contravene the “Competition and Consumer Act 2010” (CCA). In May 2019, Mayfield commenced an action against NSW Ports in the Federal Court alleging that the requirement to reimburse the government was an illegal consequence of NSW Ports’ lease agreements.

The “Ports Assets (Authorised Transactions) Act 2012” did not authorise the government to lease Port Botany and Port Kembla in May 2013 with an unfunded contractual obligation to pay NSW Ports for container volumes exceeding a threshold level at the Port of Newcastle. At current estimated Port Botany wharfage of $150 per container, one container ship a week visiting the Port of Newcastle will cost the government $3 billion in payments to NSW Ports by 2063, increasing to $6 billion for two ships a week.

The ACCC is alleging in the Federal Court that NSW Ports contravened the CCA when Port of Newcastle Investments Pty Ltd agreed in May 2014 to reimburse the government for paying NSW Ports. 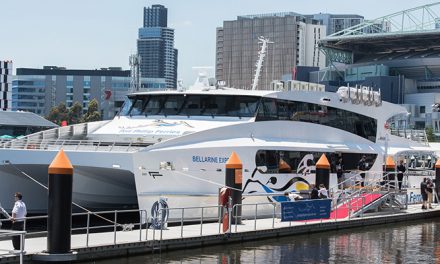