A COMPANY part-owned by Maersk has applied to lift a stay of proceedings in a Federal Court action against NSW Ports.

Maersk subsidiary APM Terminals has a 50% stake in Mayfield Development Corporation, which negotiated with the NSW government to build a container terminal on the former BHP steelworks site before the government decided to privatise the state’s ports in 2013.

The Australian Competition and Consumer Commission is also taking Federal Court action against NSW Ports, which leases Port Botany and Port Kembla, over privatisation deals which contain what it submits are “anti-competitive and illegal” financial penalties on anyone operating a rival box terminal in Newcastle.

MDC launched a restrictive trade practices action against NSW Ports last year, but the parties agreed in August to stay the proceedings because the ACCC matter “involves several issues for determination that are threshold issues with respect to the Mayfield proceedings, with significant overlap in the factual allegations”.

MDC has now applied to lift the stay of proceedings against NSW Ports.

The matter is listed for a hearing in the Federal Court on February 26.

A spokesperson for A.P. Moller – Maersk declined to elaborate on their position.

“As a matter of company policy, A.P. Moller – Maersk will not comment on ongoing court matters,” the spokesperson told Daily Cargo News. 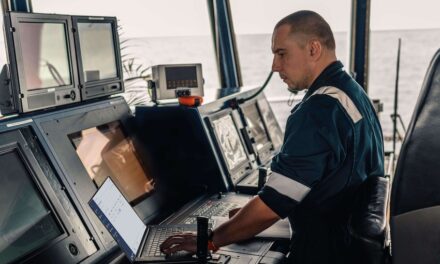