THE Port of Newcastle has welcomed support from the New South Wales’ government for a proposed liquefied natural gas import terminal at the port, with an estimated direct onshore investment of up to $250m at the port.

Port of Newcastle CEO Craig Carmody congratulated Minister Stokes and the Berejiklian government on their support.

“This is a critical future-proofing project for the region. Projects such as the EPIK Newcastle GasDock project open a number of new trade opportunities, develop capability and support businesses and jobs across the Hunter region and around New South Wales,” Mr Carmody said.

The project – proposed by South Korean group EPIK – involves the use of an LNG floating storage and regasification unit, a vessel designed to safely store the liquefied product and then convert it into a useable gas for industrial, commercial and residential customers in NSW.

The 170,000-cubic-metre class FSRU will connect to a new jetty planned to be built on port land at Kooragang Island, enabling a connection to the existing east coast natural gas network.

“We are working on a number of projects to diversify the port and support importers and exporters to successfully compete in international markets,” Mr Carmody said.

Mr Carmody congratulated EPIK on the significant milestone as the company works towards a final investment decision early next year.

“Port of Newcastle has been a global trade gateway for more than 220 years and this project introduces new trade and economic growth opportunities for the region and NSW,” Mr Carmody said.

EPIK founder and managing director Jee Yoon said the company was pleased with the project’s momentum.

“EPIK’s primary objective is to deliver the most competitive infrastructure solution for natural gas imports into NSW,” Mr Yoon said.

“With CSSI status in hand, we are a considerable step closer to delivering the critical infrastructure needed to bring new energy to NSW, providing access to long-term, competitive gas supply to the region, safely powering our homes, driving industry forward and keeping prices low for everyone to enjoy.”

Newcastle was chosen because of its strategic location proximate to significant industrial gas and power users, said Mr Yoon. And access into the Sydney short term trading market, allowing natural gas imported through the Newcastle terminal to reach users throughout NSW and broader southeast Australian market at a competitive price point.

“Port of Newcastle’s support, along with that of the broader business and industrial sector, is greatly appreciated and of much value to the project development,” Mr Yoon said. 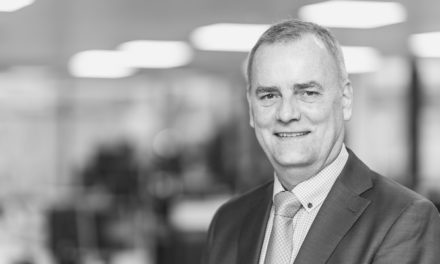