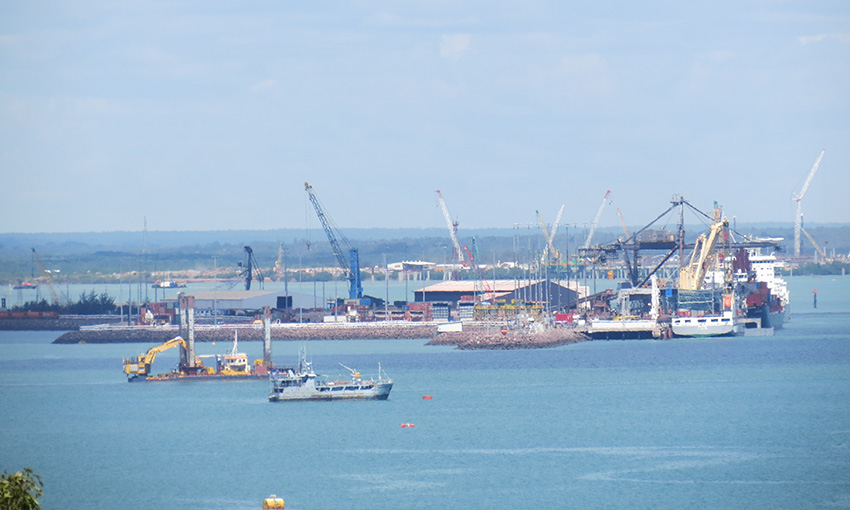 NORTHERN Territory chief minister Natasha Fyles announced the Clough-BMD Joint Venture as the preferred contractor for the design and construction of the Darwin Shiplift Project after a two-year procurement process.

The multi-million-dollar project. Is supported by the Northern Australia Infrastructure Facility (NAIF).

The shiplift will be able to service large vessels including those involved in coastal shipping, offshore petroleum, fishing, pearling, and defence and Border Force operations. It will be 103 metres long and capable of lifting vessels of up to 5000 tonnes in weight.

The first vessels are anticipated to use the shiplift by October 2024, with the facility to be completed in 2025.

Minister for resources and northern Australia Madeleine King said the announcement is a significant development for the Northern Territory, and ensures design and construction on the project can soon get underway for the Darwin Harbour.

“The announcement of the preferred contractor means the design and construction of the shiplift can proceed as soon as the contract terms are finalised,” Ms King said.

“The NAIF has been an early and long-term supporter of the shiplift project, and has committed $300 million in loans for the project in the East Arm precinct.”

Ms King said this is an important project for Northern Australia, for the Northern Territory, and for the nation.

“The Australian Government and NAIF will continue to work with the NT Government to help ensure the successful delivery of the project,” she said.