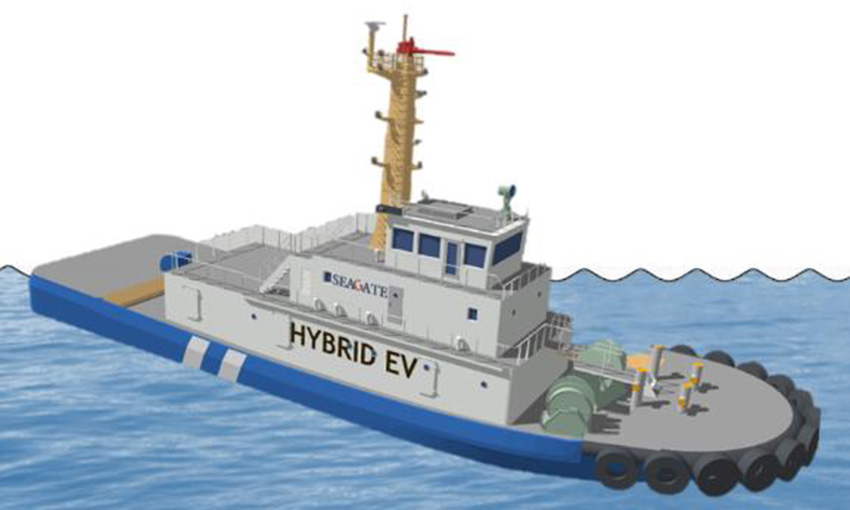 KAWASAKI Kisen Kaisha (K Line) announced that its subsidiary Seagate is to build a new electric tugboat powered by battery.

The company said the tug would be equipped with a propulsion system running on what it calls a “hybrid EV system”.

According to K Line, the vessel will have an electric motor as a main power source. That will run on a large-capacity lithium-ion battery, charged with a charger on land. The vessel will also be equipped with a generator as an auxiliary power source.

The company said the vessel would be the first tugboat with an electric motor as a main power source in Tokuyama city when it is deployed in 2025.

“In the future, it will be possible to achieve zero emissions by replacing the fuel for the generator with zero-emission energy,” the company said.