Mr Summers said the cruise ship sector was hit hard “for obvious reasons”, but other shipping sectors were also affected.

“[Cruise ship crews] have no chance of self-isolating and live and work in closer proximity than almost any other worker. Many stay over nine months on board and so their suffering is compounded,” Mr Summers told Daily Cargo News.

“The big question for the world fleet now is where to take on stores and how to swing crew off cargo ships after the expiry of their contracts.

“Consider a Filipino seaman who had been on board for six months before the first cases of the virus were reported. By now their contract would be coming to an end and so which country, which port is going to facilitate a crew change?”

Mr Summers also talked of a crew of a bulk ship who hadn’t had shore leave for more than three months.

“They’d survived on boiled noodles and not much else. Four had been on for 13 months and the master’s claims that it was all down to Coronavirus was a stretch to say the least. “Still these are tough times for the industry and extreme times for seafarers.” 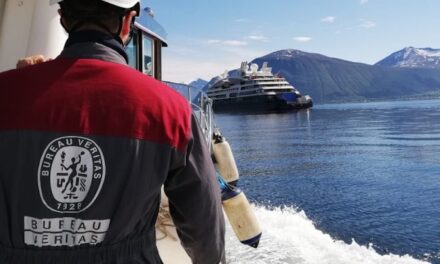