THE cruise ship Ruby Princess is currently docked at Port Kembla where she is expected to remain for at least another week while the subject of a police investigation. This ship has been linked to hundreds of COVID-19 cases and 16 deaths in Australia. Many of these cases could have been avoided if authorities had been more vigilant and kept the ship out at sea or controlled the disembarking of the passengers in Sydney under strict quarantine conditions. Currently, nearly half the deaths from COVID-19 in Australia are related to cruise ships. In addition to the Ruby Princess, a number of other cruise ships on the Australian coast have recently disembarked their passengers and some crew and are now underway to their homeports.

Disease on ships
There is a long history in Australia of disease and deaths on ships. A so-called ‘ship from hell’ arrived in Port Phillip Bay nearly 170 years ago. The clipper Ticonderoga sailed from England in 1852 with 795 passengers on board, but due to over-crowding and unsanitary conditions more than a quarter of adults and children died from typhus during the voyage. Around the world, ships have been responsible for transmitting diseases for hundreds of years. The Spanish flu, which killed between 50 million and 100 million people worldwide, was transmitted across the globe by passengers and crews on ships, the main form of intercontinental transport at the time. These days the spread of diseases across the globe is more rapid given the overwhelming use of plane travel and the recent popularity of taking holidays on cruise ships, although modern medicine and vaccines have reduced the morbidity and mortality from such diseases.

Incubators of disease
Why are cruise ships such incubators of disease? Is it just the close quarters on these ships (the largest cruise ship in the world the Symphony of the Seas can carry nearly 7,000 passengers in relatively confided spaces), or are there other factors in play? Most cruise ships have crews from many different countries, often from parts of the world where infectious diseases are prevalent; food is often shared between passengers in buffet-style arrangements; cruise ships may stop in countries where certain diseases are endemic; and it is difficult to thoroughly clean or disinfect all spaces on a large ship. While safety precautions are in place on all modern ships, it is not possible to prevent all sources of infection. In fact, it has been recognised for a long time that there is a risk of a variety of infectious diseases on cruise ships, including common colds and flus. The US Centres for Disease Control and Prevention, in providing advice to cruise ship travellers, states that “respiratory diseases are common on cruise ships”.

Flag of convenience
The question arises as to what responsibility should be borne by the cruise ship operators in the current outbreak of Covid-19. Most of the ships’ homeports are situated in so-called ‘flag of convenience’ countries such as Panama, Liberia and the Bahamas, chosen for less stringent regulations and favourable tax regimes. Ruby Princess, for example, is registered in Bermuda. Ships registered under a FOC are therefore more likely to have crews working under unsafe, exploitative conditions and avoid paying tax in the countries in which they operate. British-American cruise company Carnival Corporation & PLC, the largest cruise company in the world and owner of the Ruby Princess, operates a number of popular cruise brands in Australia, such as Cunard, P&O Cruises and Princess Cruises. However, due to a longstanding tax arrangement between Australia and the UK, all of these companies are exempt from Australian corporation tax. The story is similar in the US where the cruise industry, which employs hundreds of thousands of people, does not pay US federal income taxes because they are registered in countries outside the US. Carnival has got itself into difficulties in the past. The well-documented ‘magic pipe scandal’, so named for the practice of illegally pumping waste overboard on five of their ships over several years, resulted in a fine of US$40 million after a long court battle.

Extreme measures
In response to the Covid-19 risk, Carnival Corporation has stopped all cruises in its main market (the US) until at least the end of April but most likely much longer. The sudden drop in business has forced Carnival to take extreme measures to shore up its liquidity, including fully drawing down an existing US$3bn revolving credit facility as well as reducing capital expenditures and operating expenses, suspending dividend payments, and pursuing additional financing of US$6bn. The share price is down more than 80% in 2020.

Risks for the crew
More importantly, there are concerns for the crew members still left on board idling cruise ships worldwide. As of last week, according to the US Coast Guard, 114 cruise ships, with more than 93,000 crew members (some of who are unwell) on board, are moored or anchored off the US coast or are underway at sea. Most of these crew members are Filipinos (more than a quarter of the 1.6m seafarers working on merchant navy ships are Filipinos) and have no chance of getting home in the foreseeable future due to international travel restrictions currently in place. There is also a reluctance to let these crews off the ships in other countries or if unwell, for risk of them taking up much needed hospital beds. To overcome this situation, some ship operators have considered diverting the ships to Manila to facilitate crew changes. Normally the time on board ships is up to nine months; this is now more likely to extent to twelve months or more. The shipping industry is concerned that this might lead to an increase in incidents due to fatigue as well as mental health issues amongst crews, let alone families having to contend with them being away during this stressful time.

Final thoughts
Until recently the only time cruise ships were in the news when there was an outbreak of gastro on board, but after Covid-19 is brought under control and the cruise industry starts up again people might think twice about going on the ‘trip of a lifetime’. 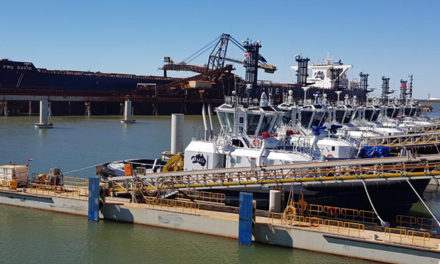 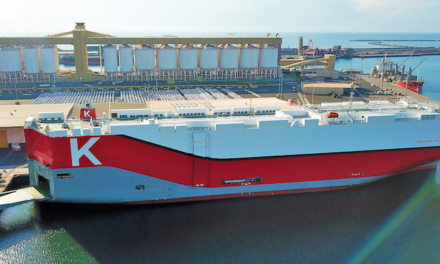