INTERNATIONAL trade agreements have been the engine of global growth for many years as capitalism has spread and even communist countries have accepted the system as the engine of growth and the most efficient way to allocate resources. Asian autocracies and totalitarian regimes have accepted that free markets allocate resources more efficiently than command economies and global trade is the marketplace for all countries to prosper. But free trade agreements have been anything but free and fair. The parties negotiate from unequal positions, with dominant trade parties in most cases receiving a better deal. Political considerations also have also been influential, with Western countries allowing unbalanced trade agreements to encourage regimes to open their economies. China was accepted into the WTO and has become the world’s second largest economy, all the while benefitting from emerging nation status. Tariffs still exist under FTA, it is just which products are covered, or what the tariff level is.

One of the unfortunate by-products of these agreements has been that manufacturing has been transferred to low-wage economies and developed countries have suffered massive manufacturing job losses and all the social fallout that entails. Western, developed nations have become dependent on service and capital intensive industries or resources sectors to support their economies. Low-wage countries such as China, Vietnam and Mexico have become the new factories of the world. This has suited corporate giants who have cut the cost of production while accessing markets via FTAs.

Trump and FTAs
The Trump administration has recognized the global trade status quo and sought to address inequities. The US administration recognised the huge trade imbalances that have, they argue, resulted in massive trade deficits. The social fallout has been massive, hollowing out manufacturing intensive states (the Rust Belt), which Trump recognised and appealed to in the 2016 election. He has now set about systematically reforming the global trade agreements, to fulfil his election promises and rebuild manufacturing. President Clinton created NAFTA, between the USA, Canada and Mexico which created a huge ‘free trade zone’ but led to a transfer of manufacturing away from the US. The car manufacturers moved to the cheaper production countries, but guaranteed markets for the cars, in the USA through NAFTA. Trump has addressed this and renegotiated this agreement into the USMCA, which addresses production and the market imbalances. China is the other major problem facing the US trade deficit. The US had a trade deficit of up to USD$500bn with China, as they exported under beneficial WTO rules, while restricting US exports to China. The US has been waging a trade war with China, for the best part of a year. The Americans want a comprehensive free trade agreement addressing not only tariffs but capital flows, investment and IP theft/transfers. The deadline was set for 29 March 2019 at the G20 conference, but has since been delayed, until early May. The impact on global growth and on economic sentiment from these trade wars has been immense. The US economy has continued to boom under lower taxes and deregulation, while Chinese markets have been severely impacted, with equity markets slumping. The pressure on the Chinese to sign an agreement has been huge. The signing of an agreement is likely to happen and the US focus now moves to the Europeans.

Trade impact on markets
Global trade wars have hit economic sentiment hard and dragged markets lower, ensuring central banks maintain record loose monetary policy. Central Banks, led by the Federal Reserve, had taken years to emerge from the GFC and return to a more normalised monetary policy. Just when quantitative easing policies were being reversed, the global trade wars erupted and the corresponding economic sentiment started to impact investment and growth. This forced central bankers to extend record low interest rates and QE policies. Bond yields again retreated globally and currency wars continued. The Trump administration is slowly realigning global trade arrangements. Existing global FTAs have been turned on their heads and the fallout is yet to materialise. The devil, as always, will be in the detail.

Brexit and the EU
The Brexit chaos and disruption continues with no immediate solution. Parliament has failed to negotiate Brexit from Europe and chaos and disruption has ensued. The UK economy has remained remarkably resilient, throughout this chaos, showing continuing economic growth and performance despite the testing circumstances. The latest extension is until 31 October (Halloween!), but there is no reason to expect a different result.

Currencies and foreign exchange
As fundamental trade paradigms change, so do trade flows and the currencies associated with these realignments. The US/China trade wars have caused severe disruption to the existing Chinese commodity suppliers, including Australia. The disruption to the supply chain has hit trade-exposed countries and currencies. The AUD has fallen from above US80c to trade just above US70c at times over the last year or so. The impact has been dramatic and understandable, considering the extreme uncertainty flushing through markets. A US/China trade agreement will have a positive impact on global economic sentiment and the Australian Dollar. Once the agreement has been signed, the detail will be revealed and the impact on the supply chain will become more apparent. If the access to Chinese markets for US exports impacts current Australian trade, then it could reverse any initial positives gained by the global trade benefits. It is for this reason trade dependent industries must be prepared for all outcomes and possibilities.

Paul Bettany is a director with Collinson & Co

Has Paul hit the nail on the head or is he wide of the mark? We welcome your opinions. Email him at paul@collinsonfx.com or editorial@thedcn.com.au 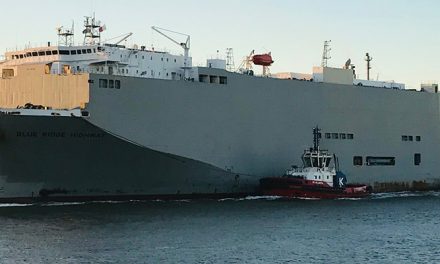 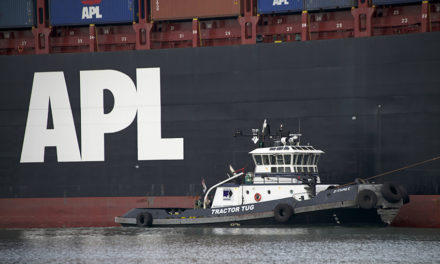