FMG subsidiary Pilbara Marine was awarded Port Hedland’s second towage licence in 2016, to commence this October 1 year to service the company’s own shipping traffic and provide shipowners with an option to using the existing BHP-controlled tug fleet.

In March 2017 FMG ordered six newbuildings from another Dutch company, tug-building specialist Damen, and in December that year awarded the contract to operate its fleet to KOTUG Australia, with Westug to provide crewing.

“By using the patented high-end Rotortug® technique KOTUG maximizes the tugboat efficiency while safeguarding the safety for the operator. The Rotortug® propulsion configuration makes the Rotortug® the safest tugboat available because the third thruster always provides a way out in challenging situations while it also guarantees maximum manoeuvrability,” KOTUG said.

“KOTUG is renowned for establishing solid, long-term business relationships with clients in industries such as Oil & Gas, Mining and Renewables,” Ard-Jan Kooren, CEO of KOTUG International, said. “We commit to continuously improvement and I am proud to say that together with Westug we have an amazing team that can make this happen. We thank Fortescue for their trust in KOTUG and value their business, it fits our strategy to expand our activities in the Australian market from our local offices in Perth and Port Hedland.” 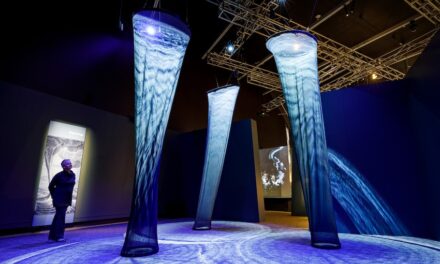