PORTS of Auckland (POAL) has committed to build a hydrogen-production and refuelling facility at its Waitematā port.

As part of the plan, POAL is to invest in hydrogen fuel cell vehicles and port equipment, along with its partners Auckland Council, Auckland Transport and KiwiRail.

POAL chief executive Tony Gibson said the port had a target to be zero-emission by 2040.

“In order to meet that target we need a new renewable and resilient power source for heavy equipment like tugs and straddle carriers, which are difficult to power with batteries,” he said.

“Hydrogen could be the solution for us as it can be produced and stored on site, allows rapid refuelling, and provides greater range than batteries.”

POAL is to fund the construction of a facility that will produce hydrogen from tap water, using electrolysis to transform water into hydrogen (to be stored for use) and oxygen, which will be released into the air.

As part of a trial of the concept, demonstration vehicles will be able to fill up with hydrogen at the facility, which will be similar to filling up a car with CNG or LPG. Hydrogen is used in the fuel cell to create electricity which powers the car. The only by-product of the process is water.

“If this trial is successful”, Mr Gibson said, “the technology would have a very wide application. It could help Auckland and New Zealand towards energy self-sufficiency and our emission reduction goals.

“Trucks, trains and ferries could also run on hydrogen – something which is already being done overseas – which would be a significant benefit for the community. Hydrogen powered vehicles are quieter and emit nothing more than clean water.”

The project partners will provide technical support and will purchase hydrogen fuel cell vehicles for the project. Global hydrogen specialist company Arup is also helping support this project through the development, design and delivery phases.

“It is a first for New Zealand and shows Auckland’s desire to lead on climate change action and meet our ambitious emissions reduction targets,” he said.

“With 40% of emissions in Auckland coming from our transport system, alternative energy sources to power vehicles, such as electric and hydrogen, are critical to meeting the target of global warming to 1.5 degrees.

“With infrastructure in place, hydrogen has the potential to power our buses and other parts of our vehicle fleet both reducing global emissions and cutting back on air pollution in Auckland such as in Queen Street where carbon levels are very high,” says Mayor Phil Goff.

KiwiRail acting CEO Todd Moyle said KiwiRail was delighted to be part of the project.

“KiwiRail is committed to a sustainable future and has set a goal to be carbon neutral by 2050. While rail is an inherently sustainable form of transport with 66% fewer carbon emissions than heavy road freight, new fuel sources like hydrogen have enormous potential for the future of transport in New Zealand,” he said.

“Just weeks ago, two hydrogen-powered trains with a range of 1000 kilometres per tank began operating commercial services in Germany. If successful with passengers, there is no reason why the next development could not be hydrogen-powered freight trains.”

In Australia, hydrogen has been attracting attention as well, with the CSIRO working on ways to transport bulk hydrogen, which may allow Australia to export the clean fuel. 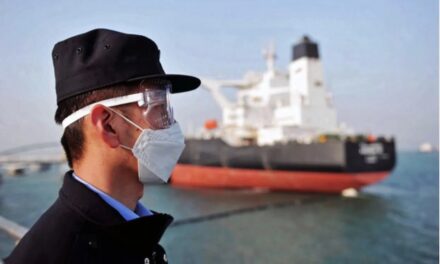