THE Port Botany Rail Line Duplication and Cabramatta Passing Loop have been deemed a “priority project” by Infrastructure Australia, a move welcomed by the Australian government.

“It’s great to see job-creating infrastructure and freight initiatives such as these recognised as priority projects by Infrastructure Australia, particularly at a time when getting goods to consumers is so essential,” Mr McCormack said.

“The Australian government has committed $400m to meet Sydney’s future freight demand by funding the Botany Rail Duplication and Cabramatta Loop projects which have long been identified as key to enabling more freight to be transported by rail through Port Botany.”

The Commonwealth government announced $400m in funding for the project in May 2018 with the Australian Rail Track Corporation submitting the environmental impact statement for the project to the NSW Department in October 2019.

“Port Botany handles 99% of NSW’s container volume and has the highest volume of containers transported by rail of all ports in the country, at 440,000TEU per year,” Ms Calfas said.

“Using rail, together with trucks, to move the goods for all Sydneysiders who rely on containerised freight for our everyday needs will reduce the growth of trucks on Sydney’s road network.

“For every one million TEU moved by rail the number of trucks around the port are reduced by 900 trucks per day.”

Federal finance minister Mathias Cormann said the government was happy to see these projects given priority status, given they were estimated to deliver a strong cost-benefit ratio of 2.68.

“That means every dollar invested by the Government into this project will deliver nearly $3 of economic benefits for Australia,” he said. “These two landmark projects will help Sydney meet its growing population and freight demands and better balance the volume of freight travelling by road and rail.” 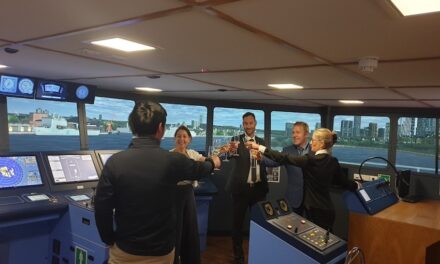 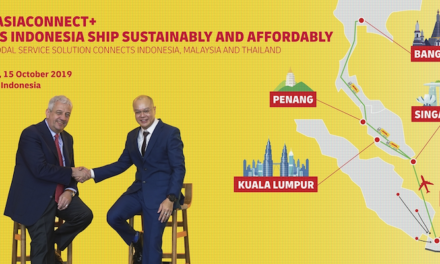