The commissioner is the Queensland government representative in Hong Kong, and fosters trade and investment between Queensland and Hong Kong.

Ms Herries is a businesswoman with experience in international education and foreign investment who has lived and worked in Hong Kong for the past decade.

She was previously director of executive education for the University of Chicago in Hong Kong and has held senior economic and investment roles with the Royal Bank of Scotland, Invest Hong Kong and accounting firm EY.

She holds a Master of Arts in East Asian Studies and speaks Mandarin, said to be useful in Hong Kong despite its first language being Cantonese.

“Ms Herries is well placed to represent Queensland interests in promoting trade and investment across all industries and has an extensive knowledge of the Greater Bay Area, including Southern China,” Ms Palaszczuk said.

“She is a strategic thinker who will lead our Hong Kong team in promoting Queensland exports and building the state’s investment profile there.

“She will have a particular focus on growth sectors such as aged care, where Queensland offers world-class innovation – and on consolidating our traditional export strengths in products such as processed and fresh foods.”

According to figures provided by the Premier’s office, Queensland’s merchandise exports to Hong Kong totalled $380.1m in 2017–18.

She joins eleven other trade and investment commissioners employed by Trade and Investment Queensland. 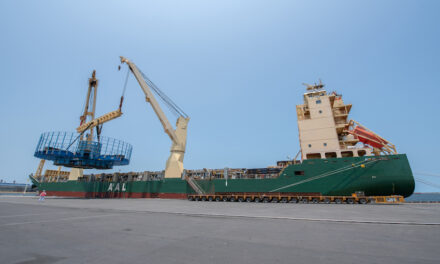