THE Queensland government has approved construction of the Adani Carmichael Mine in the Galillee Basin, a project that is likely to result in a large boost in coal exports via Abbot Point terminal bear Bowen.

But the decision will horrify those who are opposed to both the use of fossil fuels as well as the increased shipping task near the Great Barrier Reef.

Mr Evans also complained about the length of time involved.

“Today’s decision by the state government is long overdue and has been costly, there is no doubt it has damaged the investment reputation of Queensland and also Australia,” he said.

Australian Resources and Energy Group (an old foe of the Maritime Union) also welcomed the decision, its chief executive Steve Knott saying the project would boost employment and economic opportunity in Northern Australia.

“The Adani project will inject billions of dollars into the Queensland economy, provide thousands of jobs and countless opportunities for small and medium businesses along the supply chain,” Mr Knott said.

Meanwhile the Climate Council slammed the Queensland Government’s conditional approval, describing it as “a climate disaster”.

Chief executive Amanda McKenzie said the mine was a dangerous, ill-informed gamble.

“Any approvals surrounding this monster mine are made without heeding the advice of the world’s leading climate scientists,” she said.

“The proposed mine is nothing but a losing gamble with sky-high stakes and lousy odds,” she said.

“Queenslanders are very vulnerable to worsening extreme weather, particularly floods and extreme heat. Burning coal is driving climate change. The reality is that we cannot have both thermal coal mining and a safe climate. It is one or the other.”

She said approval for the mine disregarded scientific evidence highlighting the risks to local ecosystems, such as desert springs and the Great Barrier Reef, along with the livelihoods and well-being of Queenslanders.

The mine was a fiercely-debated issue during the federal election when it was perceived to have resulted in a swing to Queensland Coalition MPs who supported the concept. 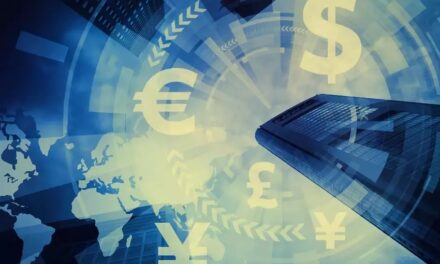 Rebound in global trade forecast for 2021