DOUBLE-stacked trains on the Mount Isa – Townsville rail line have been mooted as part of investment by the state government to boost the movement of freight in North Queensland.

As part of the investment Queensland Rail will look at enabling double-stacked trains to run from Mount Isa to Stuart and potentially to the Port of Townsville, with a business case close to being finalised.

“Townsville Port is Australia’s largest exporter of zinc, copper, lead and fertiliser, with significant growth opportunities from the North West Minerals Province, one of the world’s richest mineral-producing regions,” she said.

“These investments into the Mount Isa to Townsville Rail Line, such as enabling double-stacking of containers on rail, will offer customers greater flexibility in transporting freight to the port, improving efficiency and helping drive down supply chain costs.”

“Today’s announcement is part of the more than half-a-billion dollars already being invested in the north-west supply chain over the next five years, and $1 billion in new roads funding announced by our government since April,” he said.

Member for Townsville Scott Stewart said the multi-million dollar investment would also see major investment in improving flood resilience on the line and replacement of ageing rail equipment like sleepers and ballast.

Queensland Rail CEO Nick Easy, a former CEO of the Port of Melbourne Corporation, said the latest investments were proof of their commitment to the Mount Isa line.

“The Mount Isa line is a critical connector for communities in North West Queensland and one of the state’s key freight paths, and Queensland Rail is committed to ensuring it meets the needs of communities and freight operators,” he said.

“These investments will help existing mining operators export their resources and encourage new investment in the state’s north-west.” 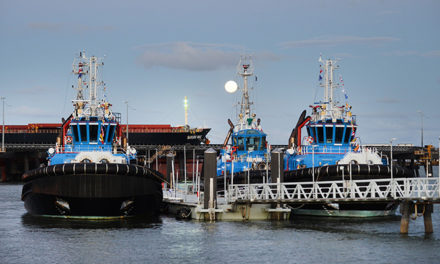