The report found automated terminals support efficient land use and the ability to expand vertically without degrading productivity. They also provide consistent, reliable performance, and are not restricted by the time of day.

However, the report also found automation to be expensive and potentially disruptive and can “restrict financial flexibility”.

“There are also risks that automation will not deliver the benefits that terminals expect,” the report stated.

However, vessel productivity as measured in crane moves per hour is “often not superior to what can be achieved at conventional terminals”, which remains one of the primary challenges to the business case for automation, the report said.

“While automation may require operators to accept a lower, but ultimately satisfactory, level of crane productivity – on the order of 25 to 30 crane moves per hour, compared with 30 to 40 crane moves per hour for conventional operations – this is balanced, in part, by a more consistent level of performance over time,” the report said.

The productivity of automated terminals is better sustained with density, the report found.

“In conventional terminals, productivity tends to decrease as density increases. This is because more of the hourly activity in the container yard is devoted to sorting or rehandling containers…” the report stated.

“Automated terminals typically do not experience the same degradation in productivity as density increases. The primary reason for this is the post-stacking optimisation that takes place to re-arrange/pre-arrange the containers in such a way so that in subsequent loading operations containers can be retrieved as efficiently as possible.” 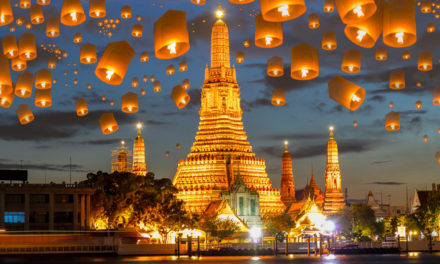