BIG miner Rio Tinto has reported a 2% increase in iron ore volumes shipped from the Pilbara during 2018 when compared with 2017.

According to the Rio Tinto operational update, Pilbara iron ore shipments during 2018 came to 338m tonnes.

During the December quarter, Rio Tinto announced it had deployed AutoHaul (a driverless train) at its Pilbara operations, approved a $2.6bn investment in the Koodaideri iron ore replacement mine, and approved an investment of $1.55bn (Rio Tinto’s 53% share $820m) at two projects to sustain production capacity at the Robe River Joint Venture.

“We delivered a solid operational performance in the final quarter of 2018, in particular across our copper assets,” said Rio Tinto chief executive J-S Jacques.

“During the year, we further strengthened our asset portfolio, continuing to invest in high quality growth.”

“During the fourth quarter, commissioning works at CBG in Guinea and the transition of operations from East Weipa to Amrun in Queensland resulted in a short term drop in production,” Rio Tinto stated.

Other major milestones in the quarter included first bauxite shipment from Amrun, said to have been achieved six weeks ahead of schedule. 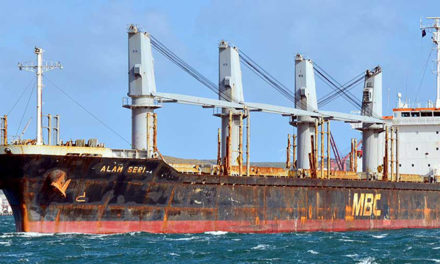