As of 9.30am Friday morning, the ship was north-east of Sydney and south-east of Port Macquarie, having left Port Kembla.

The Australian Border Force released a statement confirming the vessel was on its way.

“Australian Border Force can confirm that the Ruby Princess has departed Port Kembla, NSW and is tracking to leave Australian waters,” the ABF said in a statement.

“In recent weeks, the ABF has worked to remove 27 international cruise ships with more than 14,500 crew safely from Australian waters.”

A current ban on all international cruise vessels from docking in Australia is in force until 15 June.

Ruby Princess has been the focus of a COVID-19 controversy when infected passengers were allowed to disembark in Sydney, spreading the disease into the community.

The ship was later directed to leave Sydney for Port Kembla until it was ready to sail to its base port at Manila.

Cruise company Carnival Australia released a statement saying the ship’s crew unveiled a large blue banner expressing their thanks to the Illawarra community.

Princess Cruises President Jan Swartz also applauded the ship’s crew for their “strength and fortitude” and thanked the Illawarra community for supporting the crew.

Ms Swartz said crew members were inspirational in dealing with “extremely difficult circumstances” while building a powerful bond with the local community.

Further coverage of the work of the Sydney Mission helping cruise ship crews is included in our May print edition of Daily Cargo News.

President of Carnival Australia and P&O Cruises Australia, Sture Myrmell, released a statement via YouTube also expressing his thanks to those who supported the crew.

“About a month ago, when Ruby Princess was told to leave Australia, we had to prioritise the health and well-being of the crew,” Mr Myrmell said.

“We did not want this ship to leave Australia until the health of the crew could be stabilised properly,” he said.

“Working with government authorities and especially with Aspen Medical, their health has now been stabilised.”

Mr Myrmell said it was time to say “thank you” to many people, notably the crew and the local community.

Mr Myrmell paid special tribute to the Mission to Seafarers.

“I particularly want to thank the Mission to Seafarers in Port Kembla and its chaplain John Kewa. Your kindness to the crew reflects the caring spirit of the Illawarra community,” he said.

“To honour and support your work, we… have the privilege of contributing $50,000 to the Mission’s vital work.” 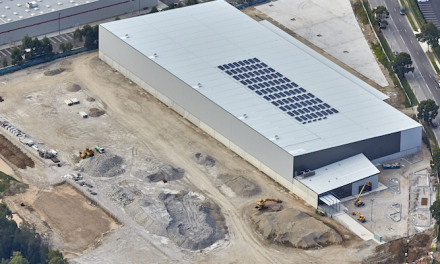