SHIPPING company Yang Ming has been criticised for failing to do more to help in the clean-up of containers from box ship YM Efficiency mid-last year.

“They haven’t worked hand-in-hand with the regulators in terms of cleaning up the mess,” Mr Morrow said.

“So unlike some other container spills, particularly in Europe, where [companies] have jumped in early and did what they had to do to help regulators.”

Mr Morrow said the ship insurers acted quickly to do the shoreline clean-up “but that’s where it stopped”.

“Then when we started to do our underwater RUAV (unmanned vehicles) and try establish where all of those 81 containers were, they didn’t do a lot,” he said. “They just sat back on their hands.”

But in a statement to the ABC, Yang Ming representative agency Aus Ship said the company had complied with its legal obligations by recovering all containers close to the shoreline, while the remaining containers were in “very, very deep water”.

“Yang Ming values its relationship with the Australian Government and the Australian Maritime Safety Authority, but we are disappointed at the non-specific allegations that have been made against it,” Yang Ming told the ABC.

Mr Morrow said 62 containers had been identified on the ocean floor, 54 confirmed, with 19 still remaining.

“They’ve broadened the search area now – so with a bit of luck we might identify all 81, which, in a worse-case scenario, at least the fishing industry know where they are,” noting the containers were in “reasonably deep water” of about 120metres,” he said.

“Had [Yang Ming] been more proactive and worked with us earlier, we might have been more successful in cleaning up some of that mess.”

Mr Morrow noted a case where the net of a fishing trawler got caught on a shipping container.

“It didn’t capsize the vessel but certainly it pulled the back end under and it took on water but it recovered,” he said.

“The insurers provided some underwater sonar in order that they can potentially fish that area but it’s not as effective as they thought it might have been.”

AMSA is preparing to tender for the clean-up process.

Mr Morrow said there was also some disagreement about whether containers constituted pollution. “Pub test: anyone sitting around a bar having a beer would say, ‘how can containers, bikes, food wrappers and cars not be pollution in the ocean’.” 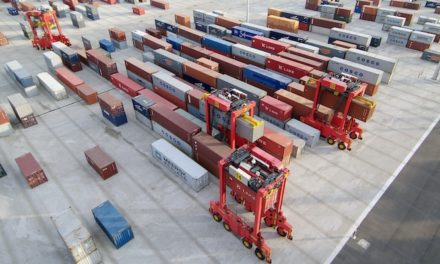