SVITZER workers who are members of the Maritime Union have voted for the right to take protected industrial action.

This follows a ballot conducted by the Australian Electoral Commission with the result largely, though not entirely, unanimous.

The union must now provide three clear working days’ notice before taking protected industrial action as well as details of what is to take place, including where and when and for how long.

The PABO expires if protected industrial action is not taken within 30 days.

A spokesperson for Svitzer said they were doing “everything we can to minimise disruption”.

“However, the role we play in many ports means any action may disrupt shipping,” the spokesperson said.

“We respect the outcome of the vote and the rights of colleagues, but we are disappointed as further disruption at this time is not the answer, for Svitzer or the Australian economy as we try and rebuild.

“We are all rightly proud of the essential work Svitzer does and we hope that can continue and we can work together to resolve the shared challenges the business faces.”

The spokesperson said a new enterprise agreement was required with union to put the business on a sustainable footing.

“We want to do this around the negotiating table with the union representatives so we can achieve a fair outcome for the business and employees, which maintains employees’ high salaries and ensures we can compete in a different future,” the spokesperson said.

“Extensive work has gone into preparing the business for different eventualities, but any protected industrial action will cause uncertainty and will likely cause disruption.”

MUA assistant national secretary Ian Bray said no protected industrial action had been foreshadowed, despite workers now having the right to do so legally.

“The union undertook the ballot in response to Svitzer’s introduction of 30 new claims that seek to strip away workers rights and conditions, which were put forward 12 months into negotiations when an agreement had nearly been reached,” Mr Bray said.

“The company has subsequently failed to provide clarification on these new claims and has not produced a single clause for the union to consider and respond too.”

He said the failure to provide clear details, instead “offering vague and staggered responses to the union”, suggested Svitzer negotiators did not understand their own claims.

“Their approach to the resumption of negotiations has been confusing, amateurish and fails to meet the requirements of the Fair Work Act to bargain in good faith,” Mr Bray said.

He said the MUA had lodged an application in the FWC seeking orders requiring the company to meet its obligations under the Act to bargain in good faith.

The hearing is set for 15 October.

“Svitzer could quickly resolve these negotiations if they withdrew their additional claims that seek to strip away workers’ rights and conditions and instead focused on reaching a sensible outcome,” Mr Bray concluded. 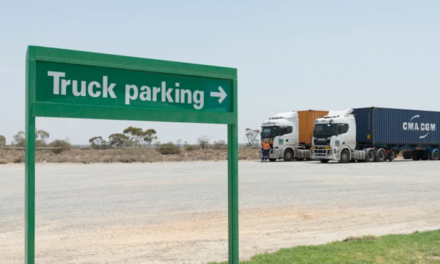