TasPorts to face courts over “misuse of market power”

TASPORTS is facing Federal Court action over allegations it sought to stop a new entrant, Engage Marine Tasmania, from competing with its own marine and towage business.

The case has been lodged by the Australian Competition and Consumer Commission under the amended misuse of market power provision.

“In short, our case is that TasPorts sought to maintain its monopoly in towage and pilotage in Tasmania, resulting in higher prices and lower quality services,” ACCC chair Rod Sims said.

“This is the first case under the amended misuse of market power provision, an important law reform designed to protect the competitive process and help us address the harm that anti-competitive conduct does to consumers and the Australian economy.”

The ACCC argues TasPorts prevented Engage Marine from expanding in Tasmania by failing to provide long term berths for its tug boats and refusing to place Engage Marine on the shipping schedule.

The ACCC also alleges TasPorts prevented Engage Marine from providing pilotage services at Port Latta (a privately-owned port) by failing to provide training to Engage Marine’s employees, which only they could provide, and demanding Engage Marine’s sole customer pay about $750,000 a year in fees to TasPorts after the customer stopped contracting with TasPorts.

The ACCC is seeking injunctions, declarations, penalties and costs.

In a statement, TasPorts denied it had breached competition law and noted the proceedings related to issues that arose about two years ago.

“The issues raised by the ACCC are complex, based on unique situations; they involve a law that has not yet been tested,” the TasPorts statement read.

“TasPorts takes all its legal and regulatory responsibilities and obligations very seriously.”

TasPorts also stated it had cooperated with the ACCC in its investigation and remained focused on the efficient and safe operation of ports in the interest of all Tasmanians. 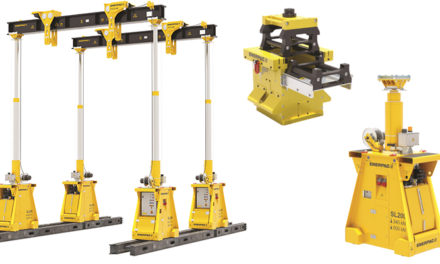