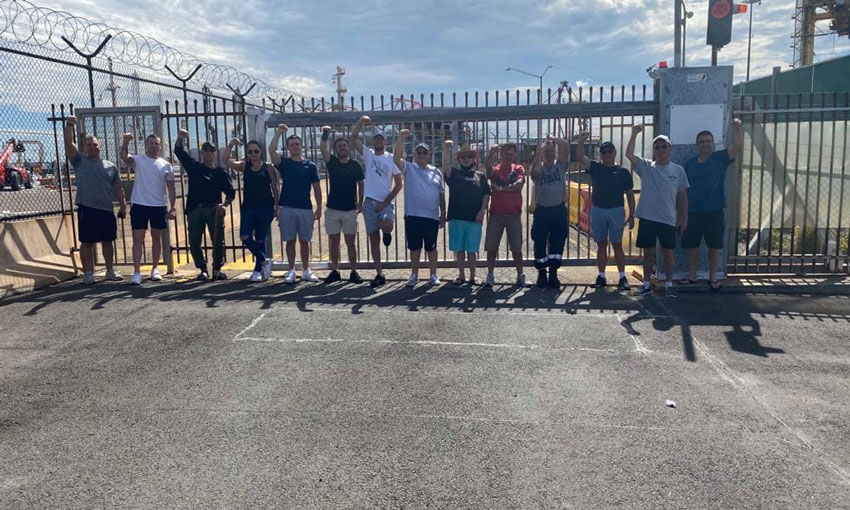 TENSIONS are high at Botany with members of the Maritime Union expressing their anger at the use of labour from new liner services arrival Port and Harbour Services.

Port and Harbour Services say they are merely providing competition to incumbent player Ausport Marine, however the union says PHS is a phoenix and has criticised those who work for it.

The matter apparently came to a head early this week when PHS workers were deployed to work on the vessel Esteem Energy (IMO 9882346), a Panamanian-flagged tanker that was working for Caltex.

Caltex chose not to comment when approached by DCN.

A Facebook site bearing the Maritime Union logo has been created and includes footage of men on boats, apparently waterfront workers, yelling at other men on boats who are apparently those working for PHS.

“Officers monitored the protesters landside and on the water,” the spokesperson said.

“The landside protest concluded at 5.30pm and all vessels left the area by 8pm.

“Police will continue to monitor for any ongoing protest activity. Any protesters committing any offences or breaching the peace will be dealt with accordingly.”

The dispute has occurred at a time when industrial disputes at the Port Botany container terminals have been listed as a key factor in extensive congestion near the wharves.