How long have you worked as an international forwarder?
I started with Maynair, the international airfreight division of Mayne Nickless, when it was a transport company in 1972.

How did you get into this line of work?
I was working in the domestic transport area of Mayne Nickless and like many young Aussie guys, I got the urge to travel. I asked Jack Bowden, the then head of the international division if he could ask his UK agent, Atlas Air, if there may be any vacancies for me in their London office. The UK was an obvious choice for language reasons and also because I held a UK passport by virtue of my father being born in Scotland. Mr Bowden said he had a better idea: for me to spend some time in Australia, learning the airfreight forwarding ropes, then he would send me to London as the resident representative of Maynair. That’s exactly what happened; I was dispatched to London in December 1973.

What was it like working as a forwarder back in the 70s?
The forwarding industry was entirely different then. For the most part, you enjoyed real loyalty from your clients; you would have to do something really carelessly to have a client leave you. Also, clients were still cost conscious, but the relentless grinding down of margins did not happen in those days, so it was possible to earn a decent living in the industry. The pace was much slower then, as you had time to develop good relationships with your clients and your suppliers, like airlines and shipping companies. There were also a number of perks available, the best being the fact that if you were an IATA [International Air Transport Association] accredited agent, every airline offered two tickets anywhere on its network per year at a discount of 75% of the published fare. Needless to say, first class was the preferred cabin in those days.

What have been some of the biggest changes during your time as a forwarder?
By far the biggest changes have been brought in by the use of electronics. Before the days of the internet, we had telex machines for communication, with phone calls to the US, for example, costing something like $10 a minute. Now with everything digitised, the possibilities for data use are endless, from computer-based application software packages through to mobile communications, both voice and by email.

Is it a career you would recommend for a young person today?
I would recommend the industry to young people, as it can be very rewarding. A favourite saying is that the forwarding industry is not a complicated industry, but it is a very complex one. There are so many pitfalls that can be experienced if attention to detail is not followed. Great satisfaction can come from designing and implementing international transport solutions for clients, with the good clients always being grateful. However, a word of caution to young people would be to not expect to be the boss in five years, but be patient, learn the industry and opportunities will open up to you.

Do you have any hobbies?
My main participative sport is masters ski racing. There is a great circuit here in Australia and overseas for 30-plus-year-olds to compete against each other in ski racing. I am lucky enough to be part of a great masters group at Mount Hotham in Victoria, where we train together and race together. I have had the privilege to represent my country twice in an Australian masters team, once at the inaugural World Winter Masters games in Slovenia and again in the South American Masters Cup in Chile. Already being involved in the ski-racing pastime, I have also served on various committees for Ski and Snowboard Australia, the governing body for the sport in our country. I am also a Formula 1 aficionado. I have been to every Australia Formula 1 race, starting in Adelaide and currently in Melbourne, I have been to numerous overseas F1 races and a visit to Monaco for the F1 weekend is firmly on my bucket list. Naturally, Daniel Ricciardo is my top guy and I either watch or record every race in the season to keep up to date with his progress.

What do you enjoy most about living in Melbourne?
I live in the Bayside area and enjoy the best that the city has to offer, dining, the arts, space, ease of getting around and most importantly, the absence of humidity.

Have you got any plans for your retirement?
I plan to do some consulting and advice work for a few contacts, I will help my daughter in her dietary supplement importing business and I will now have the time to do something that I have been wanting to do for nearly 40 years, restore my 160 MGA 1600 British sports car.

This article appeared in the September 2018 edition of DCN Magazine 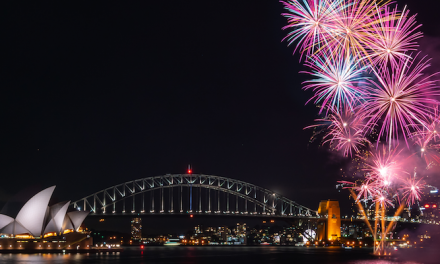 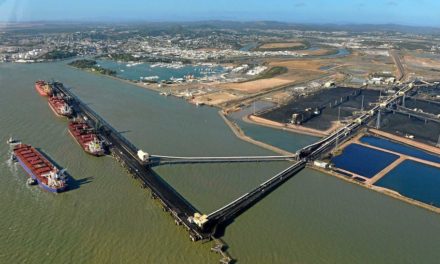 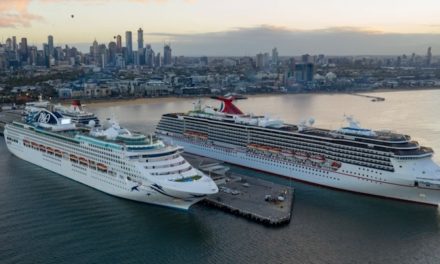