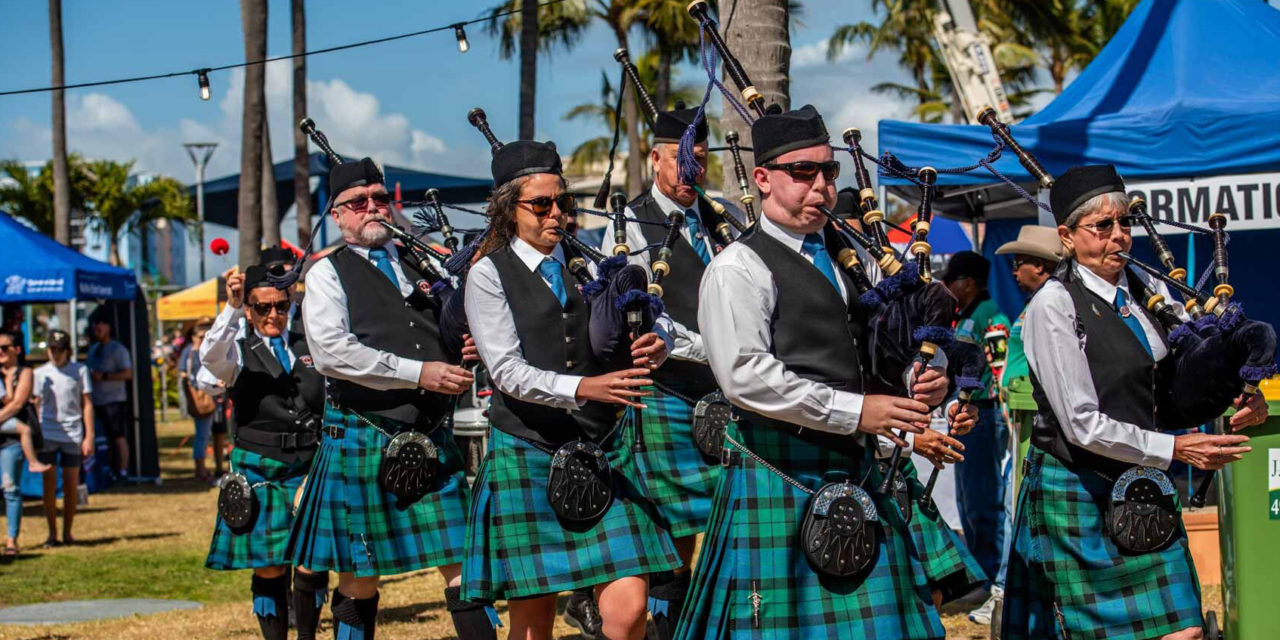 OLD Mulherin Park was a sea of families, music and laughter as part of celebrations to mark the Port of Mackay 80th Anniversary on Sunday 25 August.

More than 3,000 people gathered to mark the milestone with old-fashioned fun as part of the Maritime Carnival.

Chief executive Nicolas Fertin said the day recreated the initial opening of the port in 1939 with performances from the Mackay and District Pipe Band, classic car display and train rides.

“For 80 years, the Port of Mackay has played an essential role in the community,” Mr Fertin said.

“We were very proud to open the Port up yesterday to celebrate with the community, whose ongoing support has contributed to the success of the Port.”

Community members were able to learn more about the port and community groups with displays from NQBP, Sugar Australia, Volunteer Marine Rescue, Maritime Safety Queensland, Crane Logistics, and the Army and Navy Cadets.

Around 300 community members learnt more about the Port of Mackay’s history on special bus tours.