THE derailment of a freight train near Kalgoorlie highlights the need for train crews to consistently “apply procedures” to cut speed in anticipation of a stop, a new ATSB reports says.

A senior driver and trainee driver were crewing a Pacific National train as it travelled from Cook, South Australia, to Parkeston near Kalgoorlie in WA.

Around four hours earlier, the trackside interlocking at Coonana had detected the point machine at the eastern end had not set correctly after the passage of a previous train.

During the approach to Coonana, the train crew maintained track speed while looking for the light displayed by the enhancer ahead.

When they realised they could not see the enhancer, they braked but were unable to stop before the train traversed the eastern point machine travelling at 44kmh and derailed.

The two lead locomotives, unoccupied crew car and first two platforms of the lead wagon derailed, destroying around 200 metres of the main and crossing loop tracks.

The train crew were unhurt.

“The variability in the distance for the effective sighting of enhancers and targets at these safety critical locations means the available distance when an indication is sighted may be less than the effective braking distance of the train,” Dr Godley said.

“This limitation places the onus on train crews to implement a rule-based procedure to reduce speed.”

The investigation found a breakdown in verbal communication between the supervising driver and trainee driver controlling the locomotive likely resulted in a misunderstanding of not sighting the light enhancer. 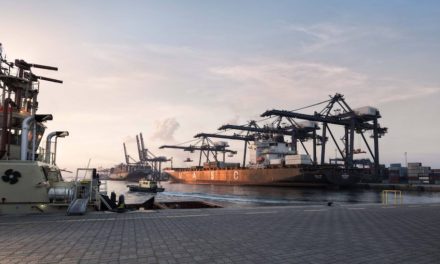