THE TT Club took out the title of Marine Insurer of the Year at this year’s The Maritime Standard Awards.

The international freight and logistics insurer was represented at the awards by Julien Horn, director of TTMS (Gulf), TT Club’s Network Partner based in Dubai, at a dinner held in the Atlantis Ballroom of The Palm.

In accepting the award Mr Horn said, “TT Club is greatly honoured to receive such a prestigious award in recognition of its role as the leading insurer in the maritime, freight and logistics sector.

“TT Club insures many of the region’s leading organisations from port authorities to terminal operators, transport and logistics companies to freight forwarders and has done so for over 40 years”.

He said, “The maritime sector is an important incubator of economic growth and diversification, companies and organisations active in this sector are to be valued and encouraged. That is what these Awards tonight will do”.

The awards, held under the patronage of His Highness, Sheikh Ahmed Bin Saeed Al Maktoum, president Dubai Civil Aviation Authority and chairman and chief executive Emirates Airline, attracted a high standard of entries for each of the 20 awards presented on the night. 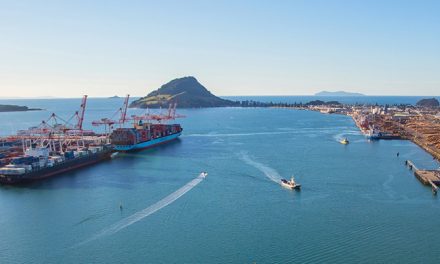