The report’s lead author, Stephen Smith said, “Business leaders appear concerned by the stop-start nature of policymaking seen in many countries, as well as the unpredictability of key international flashpoints.

“But heightened uncertainty appears to be doing less damage to business investment prospects in Australia compared to other developed economies.”

That’s partly because Australian miners are investing in new deposits; governments are continuing to invest in infrastructure; Australia’s population growth rate remains relatively high; and the cost of credit continues to fall.

“To be clear, there are some challenges,” Mr Smith said. “Capacity utilisation – a key leading indicator of investment – has faded alongside the pace of Australian growth since mid-2018. And although the Reserve Bank has cut rates, if businesses lack confidence they’re not likely to invest in new projects – something the Reserve Bank can’t really change by cutting rates further.

“Deloitte Access Economics is forecasting private business investment to remain subdued in 2019-20, before recovering to grow at a faster rate than overall real GDP.”

Mr Smith said public investment had also been thrust into the political spotlight, with the Reserve Bank calling on the federal government to increase its infrastructure investment program as a way to stimulate wages and prices.

“That request has merit, particularly when the cost of borrowing is at a record low,” he said. “But there are a number of other factors to consider.

“The elevated level of current activity is already generating shortages in the skilled labour and specialised equipment needed to deliver major infrastructure projects, particularly so in Sydney and Melbourne.

“Infrastructure is also mostly a state responsibility, and many states are experiencing revenue write-downs.

“And the federal government is reluctant to spend large amounts as Canberra aims for a budget surplus – partly for political reasons, but partly because this gives them more room to move in the event of a crisis.”

However, there are some areas where governments can do more, Mr Smith said. The current pipeline remains dominated by a series of large road and rail projects, mostly in Sydney and Melbourne, but there is still some capacity to deliver smaller scale projects outside the major capital cities.

In the September quarter, the value of projects rose by $38.6bn to $752.4bn – a 5.4% increase from the previous quarter, according to Deloitte. The value of planned projects (those under consideration or possible) increased by $30.2bn over the quarter. Planned work is now at its highest level since mid-2013. 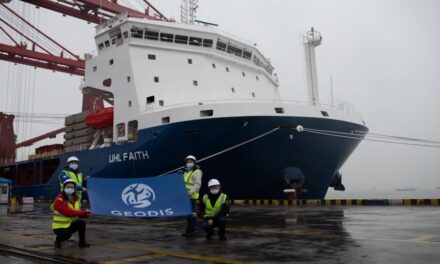