PORT of Geraldton had the opportunity to welcome an unusual visitor to their Australia Day festivities this past Saturday.

“We are thrilled with the opportunity to welcome the Royal Australian Navy to the Port of Geraldton,” she said.

The 77.8-metre-long submarine with a crew of 60 arrived in the early afternoon on Australia Day.

The submarine crew came ashore and were invited to stay in the hotels, dine at restaurants, and join in on Geraldton’s Australia Day festivities at the foreshore.

Dr Macdonald said, “It’s a rare opportunity we plan to make the most of.”

HMAS Dechaineux visited the Port of Geraldton in 2002 as well and on this most recent visit was expected several nights in the area. 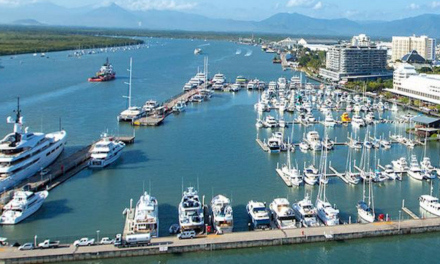