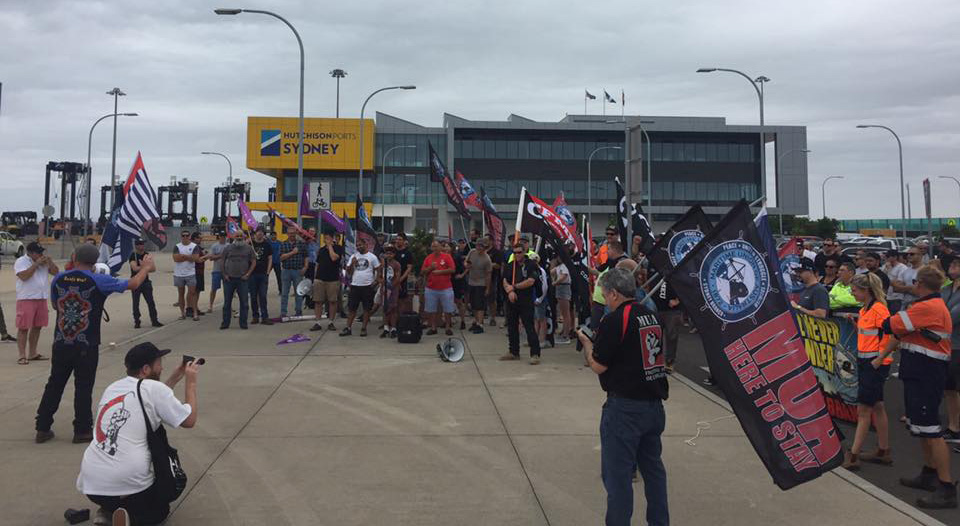 Scenes like this in January could be repeated at DPWA terminals. Credit: Facebbook

WATERFRONT workers at the DPWA terminals in Sydney, Melbourne, Brisbane and Fremantle have voted to take “rolling industrial action”.

The actions, expected to begin on Friday of next week, follow a breakdown in negotiations towards a new enterprise agreement.

The Maritime Union (now part of the CFMMEU) has accused to the company of seeking to strip workers of income protection insurance unless they accepted the company’s demands.

But in a statement, a DPWA spokesman said “we have always been clear that we will not negotiate the EA under threat of or during industrial action”.

“We will not be intimidated, we will not roll over and accept your unfair agreement, and we are willing to take every step possible to fight for a fair outcome,” Mr Crumlin said.

“This ballot has overwhelmingly endorsed wide-ranging industrial action. Workers are extremely angry at DPW for the attack on Income Protection and are prepared to use that action to achieve some justice,” Mr Smith said.

A spokesman for DPWA said customers were their first priority.

“We are making arrangements to minimise the impact of the planned industrial action,” he said.

“DPWA leadership was preparing for enterprise agreement negotiations which were due to recommence on 26 March, but have been cancelled following the notice of intent to take protected industrial action.”

The four enterprise agreements with the union at DPWA container terminals nominally expired on 28 February 2019 without replacement terms.

In a statement to employees, new DPWA managing director and chief executive Glen Hilton talked of a difficult operating environment.

“Recent decisions by shipping lines along with a weak outlook of volume growth are, and will continue to have a profound effect on the financial performance of DPWA,” Mr Hilton said.

“A3 Central (COSCO, OOCL and ANL) decided to cease calling at Melbourne in August last year.

“In addition the AAS consortium (Maersk and MSC) will also cease calling Melbourne before the middle of the year. This will have a combined effect of reducing volumes by 210,000 units compared to the prior years. EAX is also considering options for future calls at our terminals from the third quarter of this year.”

He said this volume loss had been compounded by weak export volumes, driven in part by ongoing drought in parts of New South Wales and Queensland.

“In the face of this, DPWA chose to make a very reasonable offer to your Representatives to roll over all EA’s on current terms which included a wage increase of 2.6% from 1 March,” Mr Hilton said.

“This was a generous wage offer and is almost 1% higher the current CPI.”

He said they also offered the continuation of income protection.

“The CFMMEU’s wage claim of 5%, plus 5% plus 5% over three years as well as IP was predictably rejected by DPWA as it is completely out of touch with the financial outlook of the company and unsustainable in our competitive industry,” Mr Hilton said. Australian Peak Shippers Association secretariat Travis Brooks-Garrett said any industrial action would have an immediate impact, particularly with delays to trucks and extra costs for importers and exporters. 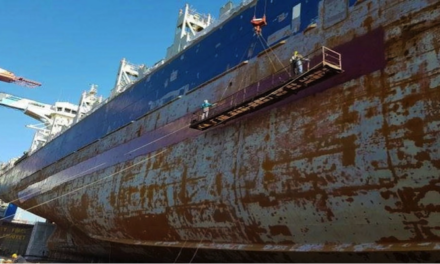 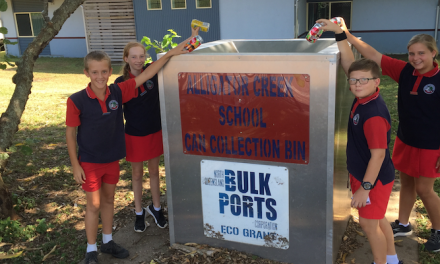 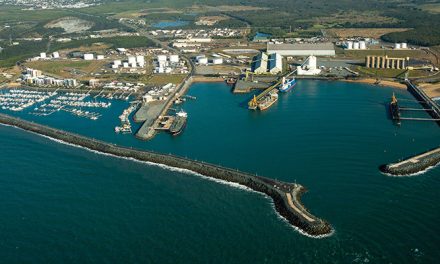 Bulk boost for port of Mackay