STRIKING wharfies and their union have been urged to “embrace progress” as their dispute with stevedore DPWA.

The stevedore has announced another 200 redundancies across Sydney and Melbourne while the MUA/CFMMEU has held lengthy strikes around the nation.

Australian Logistics Council chief executive Kirk Coningham said the current industrial action being undertaken was estimated to have delayed up to 110,000 shipping containers.

“Boosting productivity on the waterfront will be critical to maintain Australia’s international competitiveness, and to our ability to meet a growing domestic freight task,” Mr Coningham said.

“This is something that stevedores, port operators and shipping lines have long recognised. It is time unions did the same.”

“Rather than retreating to the tired tactics of yesteryear and pursuing unviable claims, the CFMMEU should embrace this new reality by working cooperatively with stevedores like DP World Australia and others to ensure the workforce is equipped with the skills needed to adapt to a changing world,” he said.

“It is essential that we address and reverse that trend in order to maintain our living standards and meet rising demand for freight.”

He said Australian consumers should not be paying the price for a protracted industrial dispute that directly jeopardised jobs on the waterfront. 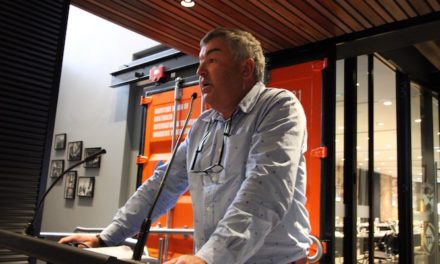 Confusion at the border over trucking permits