TECH giant WiseTech maintains it is on track for its 2020 financial year guidance, following the company’s annual meeting this week.

The company has just held its annual meeting in Sydney, where a 57% increase in revenue was reported for FY2019 and net profit after tax attributable to equity holders increasing to $54.1m.

However, the company has recently been on the defensive with a negative report by J Capital which forced a trading halt in late October.

Further Tweets by J Capital on the day of the AGM appeared to also negatively affect the company share price.

But chair Andrew Harrison spoke positively, saying results during the past year were fuelled by organic growth across their global business, plus the development of hundreds of product enhancements and features for our CargoWise.

“For CargoWise One customers, our recurring revenue is 99% of total revenue, with 98% usage-based and our customer attrition rate remains well below 1% for the seventh year in succession.”

Mr Harrison said that during FY19, and in the months since, the 15 valuable geographic and adjacent acquisitions they had announced across Europe, Asia, Australasia and the Americas would allow WiseTech to “access market positions and key technologies that would otherwise take years to build”.

“With our strategic execution and strong organic growth in FY19, the power of our CargoWise platform, annual attrition rate of less than 1% and continued investment in innovation and expansion across our global business, we are well positioned for the future,” he said.

Founder and chief executive Richard White was also optimistic in his appraisal, noting the CargoWise One concept.

“With our global reach, we see into the world’s supply chains at a breadth and depth that allow us to identify and build large, deeper next-generation functionality, global data sets and powerful transactional execution capabilities,” he said.

“Just as we have created a truly modeless and borderless international freight forwarding global platform used by the world’s largest logistics providers, our teams are building out globally integrated platform capability for customs and border compliance, landside logistics optimisation and transportation management systems and international ecommerce.” 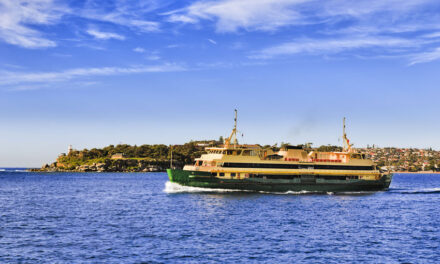