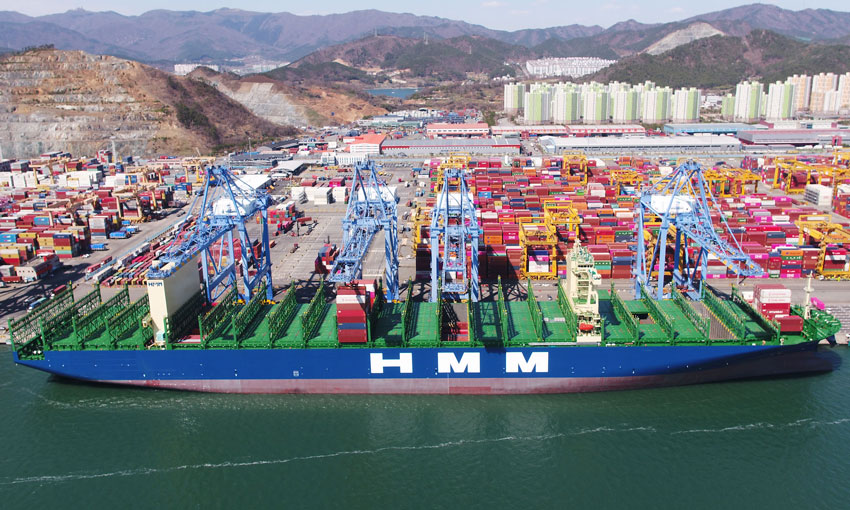 HYUNDAI Merchant Marine has taken delivery of the first of eight 16,000-TEW newbuild containerships with the HMM Nuri.

The vessel was built at Hyundai Heavy Industries’ Ulsan shipyard, with the other seven set to be delivered through the second quarter of this year.

The vessel has a nominal capacity of 16,010 TEU and is equipped with 1,200 plugs for reefer containers.

Each of the newbuilds will be fitted with an open-loop scrubber system embedded with what HMM says is “hybrid-ready technology” with selective catalytic reduction technology to reduce nitrous oxide emissions by 80% or more compared to the industry average.

HMM said the carbon footprint per vessel also can be reduced by 52% with greater energy efficiency.

HMM said its new vessel, HMM Nuri, and its seven sister vessels have adopted a full range of modern container securing systems to improve operational safety. In particular, the lashing bridges have been designed as a wind-resistant structure that ensures reliable securing of containers from high winds.

HMM said it was expecting to boost its fleet with a total of 20 “mega vessels” including 12 24,000-TEU container ships acquired last year. HMM plans to expand its capacity to about 1 million TEUs by 2022. 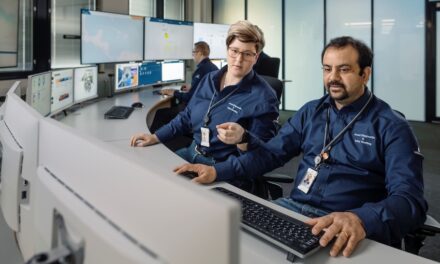