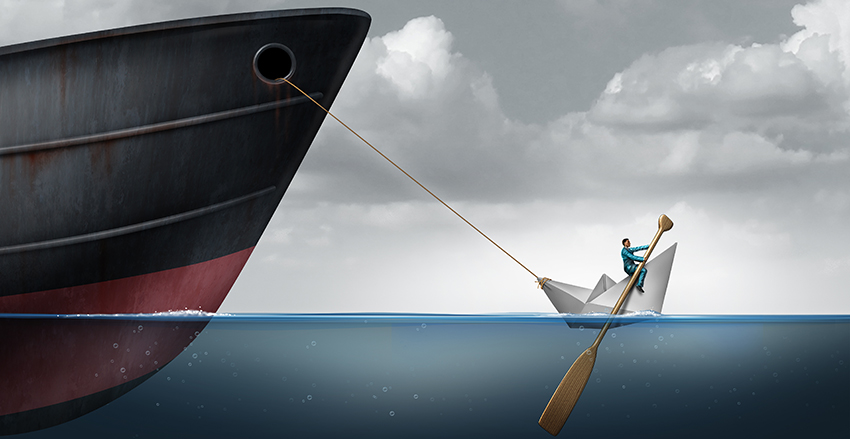 DR HERMIONE Parsons (director) and myself from the Centre for Supply Chain and Logistics (CSCL) at Deakin University recently appeared in front of the Senate Rural and Regional Affairs and Transport References Committee, chaired by Senator Glenn Sterle, in Melbourne.

The committee was asked by the Senate in December 2018 to hold an inquiry into policy, regulatory, taxation, administrative and funding priorities for Australian shipping. It is due to report its findings in August this year.

The inquiry is timely, as BHP and BlueScope recently re-flagged two ships from Australian flag and crew to Maltese and Marshall Islands flags, (so called flags of convenience) with foreign crews. The high cost of running Australian ships was cited as the reason for the change of ownership (the two bulk carriers trade between Port Hedland, Port Kembla and China to transport iron ore and coal).

At the same time, Prime Minister Scott Morrison and Opposition Leader Bill Shorten were seen singing the praises of two new Australian-flagged and crewed Toll Shipping vessels (replacing their older and smaller sister ships on the Bass Strait trade between Melbourne and Burnie), at the naming ceremonies.

Bill Shorten announced that Labor, if elected, would establish a taskforce to guide the development of a “strategic fleet” of up to a dozen Australian-flagged and crewed ships, including oil tankers, container ships and gas carriers. In addition, Mr Shorten also promised to re-establish the Maritime Workforce Development Forum, whose purpose was to advise the government on workforce issues in the maritime industry.

This was music to the ears of the Maritime Union of Australia. MUA national secretary Paddy Crumlin, who appeared at the recent Senate Committee hearing, strongly emphasised the MUA will have a large role to play in this space if Labor forms government in May.

Shipping is vital to the economy of Australia (99% of goods arrive and depart Australia by ship) and the right decisions have to be made by government to ensure Australian shipping is a viable and cost-effective alternative to road and rail transport. Our competitiveness in global markets relies on an effective shipping policy. It should form part of our National Freight and Supply Chain Strategy, which is currently being developed by the federal government.

CSCL believes a concerted effort is required to encourage Australian industries, cargo owners and service providers to see the value of an integrated sea-based operating supply chain with some presence of Australian flagged and crewed ships. Currently the political landscape is not conducive to supporting Australian shipping.

Some DCN readers might remember the establishment of the Australian International Shipping Register and the subsequent announcement of five container ships being acquired under this register (which allows for key personnel to be Australian and the rest of the crew foreign nationals) in 2016 by Great Southern Shipping Australia. Unfortunately, financial difficulties resulted in a short lifespan of this Chinese/Australian venture and the AISR never really got off the ground.

Shipping and associated infrastructure requires a long investment horizon (ships have a lifespan of up to 25 years) making a bipartisan approach to policy development essential, to ensure the policy and subsequent legislation does not change with every federal election cycle.

To revitalise Australian shipping and associated industries, some form of government subsidy may be necessary, perhaps similar to what currently occurs in the Bass Strait service, where assistance is provided to shippers, importers and exporters in Tasmania under the Tasmanian Freight Equalisation Scheme to allow them to compete with land transport on the mainland. Actions such as those mentioned above have assisted other developed nations, such as the UK, Netherlands, Norway and Denmark (who faced a decline of their shipping fleet), in reviving their maritime fortunes.

The transcript of the hearing in Melbourne can be found here: https://www.aph.gov.au/Parliamentary_Business/Committees/Senate/Rural_and_Regional_Affairs_and_Transport/Shipping_2018/Public_Hearings