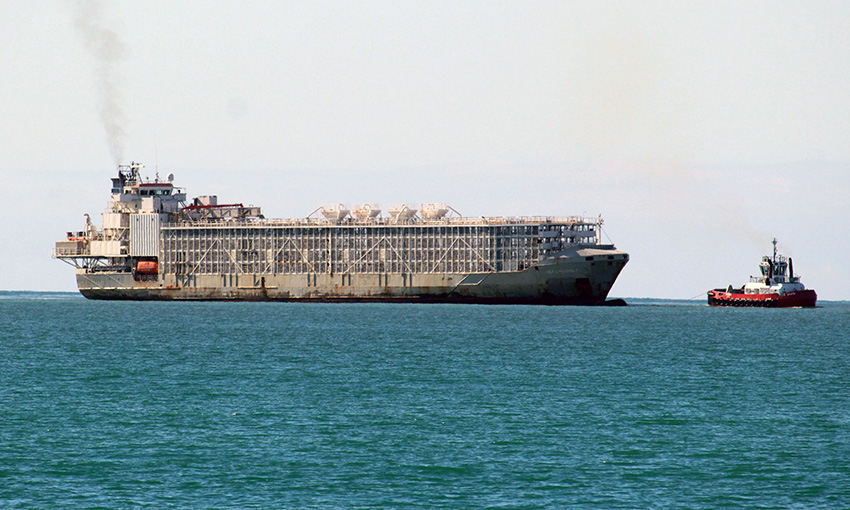 THE Japanese Coast Guard has suspended its search for 40 missing sailors who were on board a live export ship believed to have sunk in the East China Sea, the ABC has reported.

It has now been over a week since the Gulf Livestock 1 put out a distress call as it was caught in terrible weather due to a typhoon.

The surviving crew say an engine cut out and then a massive wave hit the ship, forcing it to capsize and sink.

Having not found any survivors since Friday, authorities on Wednesday evening made opted to effectively call off the search.

Regular patrols will continue to look for survivors.

One is 25-year-old Queensland vet Lukas Orda, a Mt Isa local, with a young family.

Aside from the human tragedy, the incident has prompted more debate about the live export sector, with activists the People for the Ethical Treatment of Animals writing to the New Zealand government calling for a permanent ban on the trade.

“This disaster is further proof that – whether it’s for slaughter or breeding – the live export of animals is too great a risk,” PETA said in a statement.