SENIOR figures at ANL have issued a call for Australia to do more to prepare for the advent of bigger ships.

In a recent statement, the company said ships around the world had been getting bigger, but Australia was lagging putting our competitiveness under threat.

“These big ships are already here. They are available and are operating successfully in other parts of the world. For example, 20,000+ TEU vessels operate on large trunk routes, and while the Australian equivalent is moving towards the region of 10,500 TEU we need to prepare for the future,” he said.

“This is about evolution. This is a generational change that is happening in the shipping industry. It is similar to what happens with aircraft or cars.”

Mr Jena said an eventual challenge would be that there would be fewer smaller vessels built.

“Ship builders are going to focus on where the demand is and there are already many clear advantages to adopting the newer generation, more technologically advanced and environmentally friendly larger vessels,” he said.

“As a result of this, eventually our options in Australia are going to be limited if we cannot receive the increasingly popular larger vessels.”

ANL general manager for Asia ANL Anthony Orgill said as the population increased so would demand for product arriving by sea.

“We are going to have to go bigger if we want to remain competitive in terms of the supply chain,” Mr Orgill said.

“The biggest danger if we don’t is that the increased costs of transport will be passed on down to the consumer, which is ultimately not good for the economy.”

ANL argues said there were more challenges in New Zealand with a smaller population making justification harder for larger ships.

“We probably have a few more challenges to deal with here, but the fact is the bigger ships will be coming here in time and we will need to be ready.”

“It will require a collective effort in terms of the roads, trains and ports but we need to think about where we will need to be in the next 10 to 15 years in this industry and the type of vessels we will be able to receive in the Pacific Islands, Australia and New Zealand,” Mr Austin said.

“Of course, from a commercial perspective there is no question that bigger ships bring down costs, which benefits everyone within the supply chain,” he said.

“But for us it is not just about size. It is about efficiencies and sustainability.

“The new ships that are being developed are not just bigger but are being designed with a more sustainable focus.”

However maritime analyst for the Centre for Supply Chain Logistics at Deakin University, Peter van Duyn, said the Australian population meant there were limits on ships sizes likely to visit the region.

“Whilst I agree with ANL’s statement that newer and more fuel efficient ships are necessary to make shipping more environmentally friendly… I do not think we will see container ships bigger than 10,000 TEUs, arriving at our shores anytime soon,” he said.

“In some ports this type of vessel is only allowed to berth under certain conditions. Furthermore, the Australian population, which is the main driver of the imported containerised freight, is unlikely to grow, even in the distant future, to a size requiring 20,000-TEU ships visiting our shores.”

Mr van Duyn noted the arrival in Australia of the 300-metre CMA CGM Ural in July, a vessel nominally able to carry 10,600 TEU, arguing the ship was nowhere near full.

“She might have been useful in evacuating empty containers from Port Botany given the recent problem of empty container parks in Sydney being at capacity,” he said. “But you really have to ask, do we really need vessels of this size to call at Australian ports?” 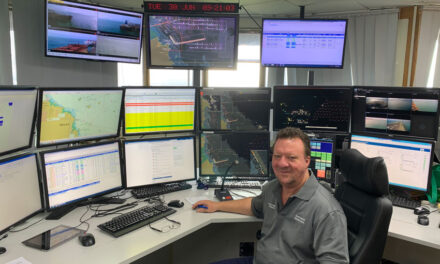 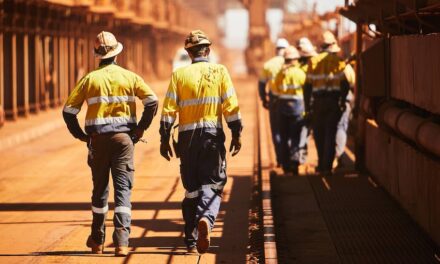