The recent visit of m/v CMA CGM Ural was received with much fanfare by port bosses as the largest container ship ever to call at Australian ports.

However, in my view it was completely blown out of proportion. The MV CMA CGM Loire, a sistership of the Ural is currently visiting the same ports, but with less fanfare.

The two sister ships have the same length overall (300 metres) and same width (48 metres) but different nominal TEU capacity, as can be seen from a news release by shipping line CMA CGM in February 2015.

Both vessels are of the so-called ‘Bosphorus’ class, so named as their overall length is the maximum length for a vessel to transit the Bosphorus Strait without special permission.

This type of vessel is usually around the 9500TEU capacity and is a regular caller at Australian ports.

It seems the Ural has the capacity to add a few more tiers of empty containers on deck, hence the increased capacity.

However, looking at the pictures of the Ural arriving and departing Australian ports, she looks nowhere near being “full and down” which means when loaded in such a way that upon sailing she is down to her load line mark whilst the cargo space has been fully utilised.

So, you really have to ask, do we really need this size vessel to call at Australian ports?

Shipping lines crow about the advantage of the slot (space on board of a ship occupied by a container) costs being cheaper on big container ships but that’s only the case if the ship is at or near capacity.

There seems to be a tendency for ports to claim to be the biggest and shipping lines to have the biggest container ship in the world.

For instance, the MV HMM Algeciras which now claims to be the biggest container ship in the world with a nominal carrying capacity of 23,964 TEUs, and length overall of 400 metres and a width of 61 metres, recently took the title from the mv/ MSC Gulsun which has a nominal capacity of 23,756 TEUs.

The extra 200 TEUs are probably a result of some clever design from naval architects and ship builders. Most of these ultra large container vessels all have the same constraint, the Suez Canal transit en route from Asia to Europe.

It will be interesting to see if shipping lines can work out the economics and decide to avoid the Suez Canal and travel via the Cape of Good Hope, which will enable these ships to become longer and have an even bigger TEU capacity. Container terminal operators won’t be looking forward to this development as they will have to invest in even bigger quay cranes than the current ones.

Let’s also bring some reality into the debate on container ship size and the suitability of ports in Australia for handling these ships. We are only a very small player in the global container market, and this is unlikely to change in the near future, making the argument for being able to accommodate these larger ships somewhat academic. 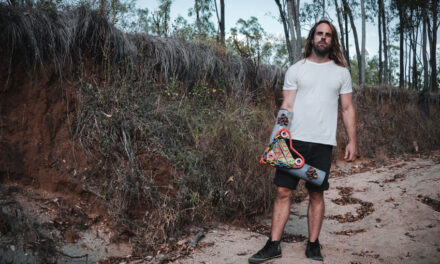 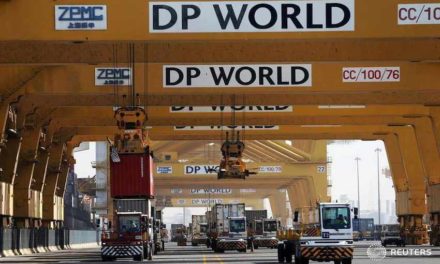