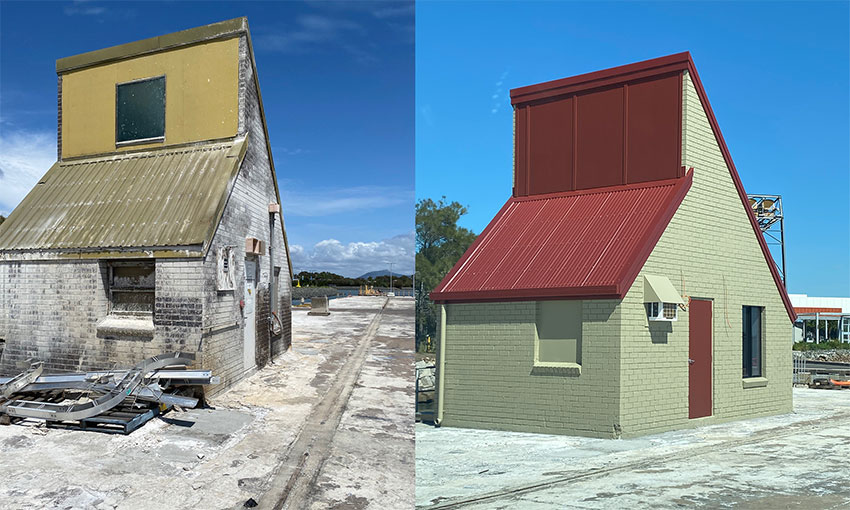 Before and after pictures of the switchroom; image: GPC

AN old switch room, which locals reportedly call the pizza hut, at Auckland Point Wharf is now a multi-purposed building to be used as a tourism kiosk for cruise ship passengers.

The 36-square-metre structure will continue to house important electrical and cathodic protection equipment.

Gladstone Ports Corporation said work is well underway on revamping the structure with asbestos removed, plumbing fixed and light fittings now being installed. The revamp is to be complete by May.

The work is all part of GPC’s electrical renewal project at Auckland Point Wharf, which includes switchboard replacements and electrical infrastructure upgrades across berths one, three and four.

“In early 2020, two ship loaders were decommissioned from the Auckland Point Wharf after more than 100-years of service between them,” Ms Winsor said.

“The old switch room was left behind after we decommissioned the ship loaders and gantry. It’s not an ordinary shaped building as it was designed to fit under the structure.

“The decommissioning of the ship loaders has paved the way for future development and we are so proud of our history and we know the up-cycled tourism kiosk will give a nod to our past.

“We’re excited to move onto the next chapter at Auckland Point Wharf.”

Like the multipurpose pizza hut building, GPC said the Auckland Point Terminal has many uses from a cruise ship terminal to import and export hub, with commodities such as dry bulk, bulk liquids and other general cargo. 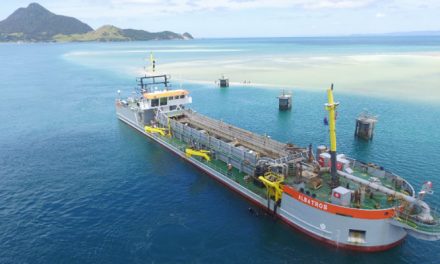