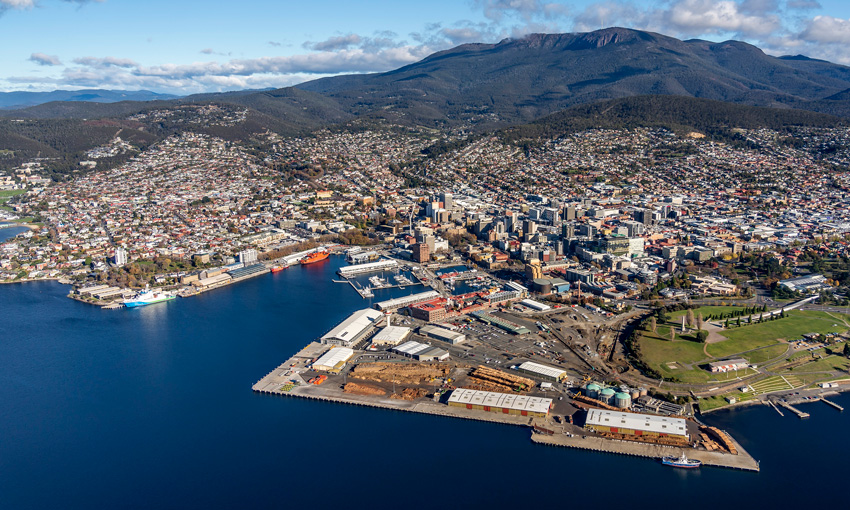 TASPORTS is planning to redevelop Port of Hobart’s Macquarie in a multi-million-dollar project.

TasPorts said the proposed plan, with an estimated cost of $150 million, would position Hobart as “the international gateway to the Southern Ocean”.

The redevelopment is to support Antarctic exploration and scientific research while enabling growth in established trade areas.

The Australian Antarctic Division’s new purpose-built ice breaker, RSV Nuyina, is due to commence operations this year. At 160.3 metres long, the new vessel is more than 65 metres longer than the previous vessel, Aurora Australis.

The redevelopment also will increase Hobart’s capacity to accommodate such vessels, as well as larger cruise ships.

As part of its 2018 Port Master Plan, TasPorts committed to this project, which was in turn recognised in the 2021 Infrastructure Priority List.

TasPorts’ proposal for the redevelopment of Macquarie Wharf includes the construction of a new 150-metre quay line, bringing the continuous quay line to 720 metres.

Other works are to be carried out such as installing dedicated shore power, upgrading services, strengthening the heavy-lift areas and building new passenger terminal facilities.

TasPorts chief operating officer Stephen Casey said the critical component of this initiative is the development of a 720-metre continuous quay line at Macquarie Wharf 4, 5 and 6.

“The Macquarie Wharves were originally built between 1969 and 1975, and whilst routine maintenance and remediation has been undertaken, a significant capital upgrade is now required to enable future growth,” Mr Casey said.

“The Macquarie Wharf Redevelopment will see the construction of an Antarctic Precinct, which aims to attract further international programs to the Port of Hobart, by enabling growth in the Antarctic science and research sector,” Mr Casey said.

“It is anticipated the delivery of this initiative could generate up to $3.3 million in additional expenditure from Antarctic ships annually and continue to build Tasmania’s reputation as the gateway to east Antarctica and the Southern Ocean.”

“The delivery of this initiative will see three multi-user berths constructed at one of the deepest sheltered ports in the southern hemisphere,” Mr Casey said.

“Our next step is to further engage with industry and to develop a compelling business case, creating value for both our customers and the State of Tasmania.”