THE Victorian government has appointed the board for the new state-wide ports body, Ports Victoria.

Ports Victoria will bring together the Victorian Regional Channels Authority and Victorian Ports Corporation (Melbourne) to lead the strategic management and operation of Victorian commercial ports and waterways.

Howard Ronaldson will chair the new body. He brings extensive experience to the role as a former secretary of the Victorian Department of Infrastructure and Department of Business and Innovation. He has also been an administrator with Ambulance Victoria and most recently assessed the viability of the Port Rail Shuttle proposal for the Department of Transport.

Elaine Carbines has been chosen as the new deputy chairperson for the board. A statement from the Victorian government said she is a strong local leader who will provide critical knowledge of the Barwon region.

Additional members appointed to the board include Des Powell AM, Janice van Reyk and Peter Tuohey, with all members to work alongside the Department of Transport.

The new organisation will begin operating out of Geelong on 1 July. The state government said the body’s headquarters recognises the city’s important role in Victoria’s ports system – through GeelongPort and the future relocation of the Spirit of Tasmania.

The establishment of Ports Victoria is a key finding from the Independent Review of the Victorian Ports System, a comprehensive review set to cut red tape, boost safety and improve the way this vital industry operates.

Victorian minister for ports and freight Melissa Horne said Mr Ronaldson’s decades of experience in government and substantial knowledge of the ports sector will be invaluable as the new body is established.

“I’d like to thank and acknowledge the work of James Cain at Victorian Ports Corporation (Melbourne) and Kate Roffey at the Victorian Regional Channels Authority for their hard work and leadership,” she said.

Ports Victoria chair Howard Ronaldson said he is looking forward to working with government to establish the new body and ensure the continued growth of Victoria’s ports sector.

“Victoria’s ports play a crucial role in our state’s exports and I am looking forward to leading the transition and future strategic plan of Ports Victoria,” he said. 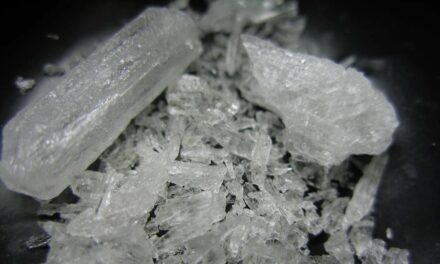 ABF uncovers attempted import of ice from the US