Fire breaks out on MPV Everest after Antarctic resupply 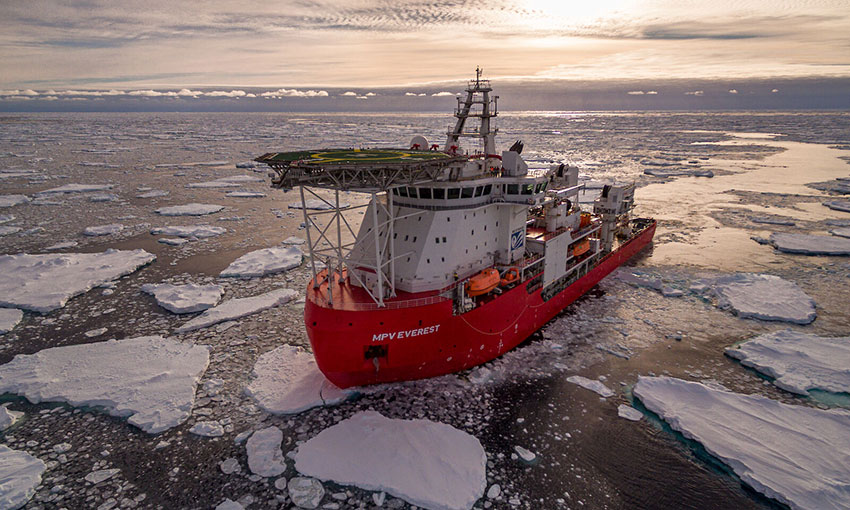 A FIRE broke out in the engine room of Australia’s chartered Antarctic resupply vessel MPV Everest on Monday (5 April).

A statement from the Australian Antarctic Division said there were no reports of injuries and that all 109 crew and expeditioners on board were safe.

The vessel is travelling home after resupplying Australia’s Davis and Mawson research stations in east Antarctica.

“The fire was detected in the vessel’s port-side engine room. The room was quickly isolated to contain the fire before it was extinguished by the fire suppression systems,” Mr Clark said.

“The ship has maintained full power capabilities and is currently continuing its course northwards at 9 knots, using a separate starboard engine room. The crew and expeditioners on the vessel did an incredible job responding to what was a very challenging situation in the middle of the Southern Ocean.”

The AAD said the vessel was due back into Hobart mid-April, but a decision on the best port for MPV Everest to dock in is yet be made.

MPV Everest is about 1700 nautical miles south of Perth. As of Tuesday, it is five days into a 14-day journey.

The AAD said AMSA had been alerted, and the authority has contacted other vessels in the area to assist if necessary.

The cause of the engine room fire will be investigated by the ship’s owner, Luxembourg-based Maritime Construction Services and relevant shipping and safety regulators if required.

This the second fire on MPV Everest this year. A fire broke out in the battery room on 29 January. It was quickly put out with hand-held fire extinguishers and there were no injuries reported. The vessel was en route to Hobart from Casey research station.

The Maritime Union of Australia subsequently called on the government to ensure vessels on voyages for the AAD are Australian-crewed. The MUA said MPV Everest is sailing with a foreign crew.

However, the AAD’s new vessel RSV Nuyina, due to arrive this year, will be Australian-flagged and Australian-crewed.

MPV Everest is flagged in the Bahamas and has a cargo capacity of 7277 DWT. Its length overall is 141 metres, and it has a width of 30 metres.