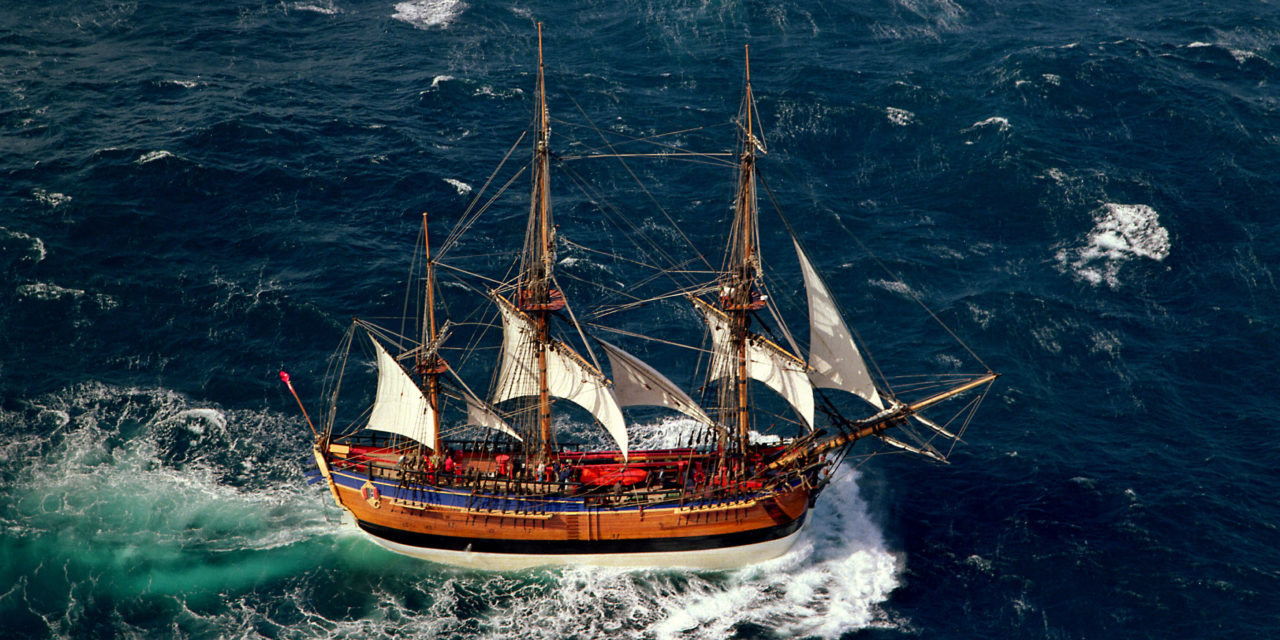 A 14-month program, marking 250 years since the 1770 voyage of James Cook and Endeavour charting of the Australian east coast has been announced by the Australian National Maritime Museum.

Encounters 2020 will see several activities; exhibitions, educational resources, film and digital projects and a travelling exhibition by land and sea around the coast of Australia – looking at our earliest European history from dual perspectives: from the ship and from the shore.

Museum chief executive and director Kevin Sumption said it was the nature of historical study to investigate with new eyes and seek out all points of view.

“As a cultural institution we believe it is our role to continually analyse our history and broaden our country’s knowledge,” Mr Sumption said.

“In the 250 years since Cook arrived we really have only looked at it from one perspective, that from the ship. We want to take this opportunity to also to look at it from the perspective of the First Australians on the shore.

“We want to separate myth from fact. We can acknowledge Cook’s achievements and impacts, and clarify the role he played in Australian history.”

The Encounters program is to feature several exhibitions, objects and artworks at the museum in Sydney throughout 2020, including film and digital resources exploring both Cook’s achievements and views from Indigenous communities on the history of the voyage.

A national education program is to provide resources for primary and secondary teachers to offer new insights to Australian students. From February next year a replica Endeavour is to undertake a series of voyages to 38 destinations around Australia.

Indigenous artist and Museum Council member Alison Page said this was “a program about truth telling”.

“Over many years the museum, as the National Museum of the Sea, has investigated the rich cultural history of our coastal First Nations and brought their stories to contemporary Australians,” he said.

“Encounters 2020 is a continuation of this. By opening up discussion and bringing together the stories from the ship and the shore, we are building a richer cultural legacy for a shared future.”