THERE is mixed news coming out of recent reports on the status of gender equality. The Maritime Industry Australia Seafaring Skills Census 2018 reported the overall percentage of female seafarers at 5%. The details, however, show only 3% for deck and 0.4% for engineers with “other” at 23%. Looking at the employment of seafarers ashore, the overall percentage of women drops to 3%. Masters and deck come in at 3%, engineers at 1% and “other” at 5%

ILO report
On the eve of International Women’s Day, the International Labour Organization released its report, A quantum leap for gender equality – for a better future of work for all. While there are some gains, the report notes that there has been little or no improvement on narrowing the gender gap over the past 20 years.

“Progress in closing gender gaps has stalled, and in some cases is reversing,” the report notes. “The gender gaps with respect to key labour market indicators have not narrowed in any meaningful way for over 20 years.” The report highlights that, over the past 27 years, the gender employment gap has been reduced by less than 2%. The underlying thread in the report is that current action is not resulting in meaningful change. A “transformative and measurable agenda” is urgently needed, and the report presents several key paths.

The path of rights
It isn’t enough that laws don’t prohibit gender equality, they need to promote equality. This includes recognising and addressing harassment and discrimination. It also means valuing work through transparency in wages, and supporting women in the workplace. This requires ensuring women are not discriminated against if they wish to start a family, or decide to transition to another role.

The path of access
At a macro level, the ILO report highlights the benefits of gender diversity in the designing, planning and implementation of infrastructure activities. Budgets need to respond to the priorities of women, be set by women, and this needs to be reflected in the formulation of policies – at the national and the industry specific level.

The path of engagement
In the maritime industry we know women change roles, going from ship to shore and sometimes back onboard again. What initiatives are in place to support women through different work environment transitions? Some practical measures could include implementing mentoring programs, encouraging continuing professional development, and providing opportunities for education through focus programs and grants.

Without equal representation, the needs of women cannot be properly expressed and therefore can’t be addressed. The panels that are setting agendas and making the decisions should have female representation. The goal should not be to fix women so they fit in, but to ensure the work environment promotes and engenders equal participation.

A silver lining
The news isn’t all bad. The MIAL census shows an increase in female seafarers. There are pockets of focus activity around the world – for example, in South Korea 17% of vessel traffic services officers are female. The ILO report shows women tend to rise to the role of manager faster and with more advanced education. Some 44.3% of female managers have an advanced university degree, compared with 38.3% of male managers. However, the top job of CEO is still elusive, with the G7 country data showing from between 0% (Germany) to 4.6 % (US) of female CEOs.

What we know is that the journey is far from over. While governments, workers and employers claim they are progressing gender equality agendas, this is not supported by the data. How can we develop a transformative and measurable agenda for gender equality in the maritime industry? We all need to overcome stereotypes related to women in non-traditional roles and put in place policies that are aimed at seeing tangible results. Words are not enough; 2019 is a year for action.

* Jillian Carson-Jackson is senior vice-president at the Nautical Institute (International) and chair of the NI South East Australia branch.

﻿This article appeared in the April 2019 edition of DCN Magazine 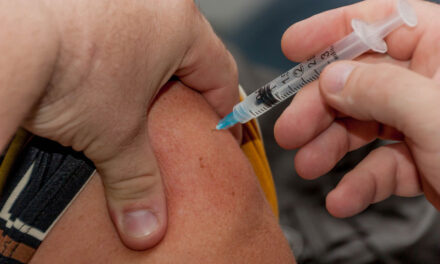 UN calls for seafarers and aircrew to be vaccine priorities 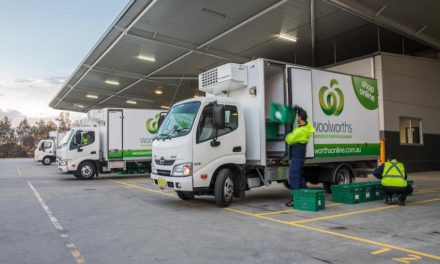