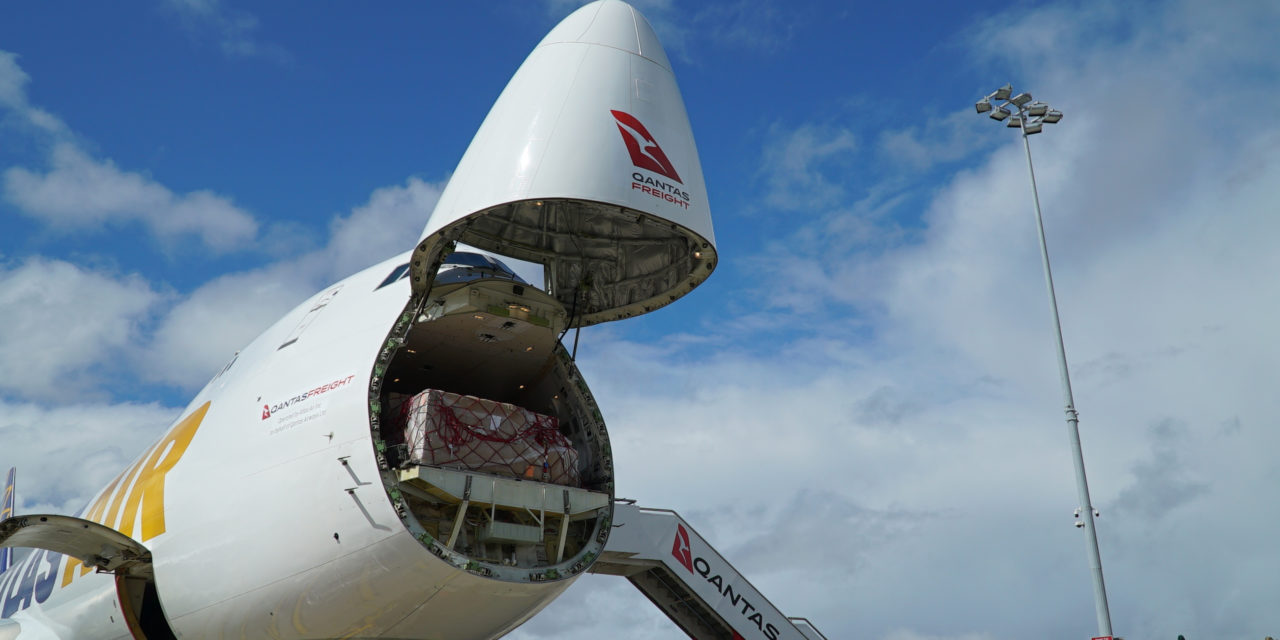 QANTAS Freight has announced a new addition to its fleet with the first of two Boeing 747-8F freighter aircraft arriving in Sydney on Tuesday (27/8).

The new freighters are to be operated by Atlas Air, on behalf of Qantas. Each aircraft offers 20% more freight capacity and space for seven extra cargo pallets compared with the 747-400F.

“More capacity and better reliability means we can continue to deliver for our customers in Australia and around the globe,” Mr Jones said.

“These aircraft have a far better environmental footprint, producing less carbon emissions and offering greater efficiency, something that we know is really important to our customers.”

The two freighters are to operate between Australia, China and the US with additional routes being explored. The second 747-8F aircraft is to enter service later this week.

According to Qantas, the aircraft will be painted in Atlas Air livery but the Qantas Freight logo will be displayed on either side of the nose and underneath the freighters’ nose cargo door.

The arrival of the new aircraft follows Qantas Freight’s announcement of a new seven-year agreement with Australia Post to enhance the domestic network.

The new agreement, worth more than $1bn, also paves the way for up to three A321 passenger to freighter aircraft join the fleet from October 2020.