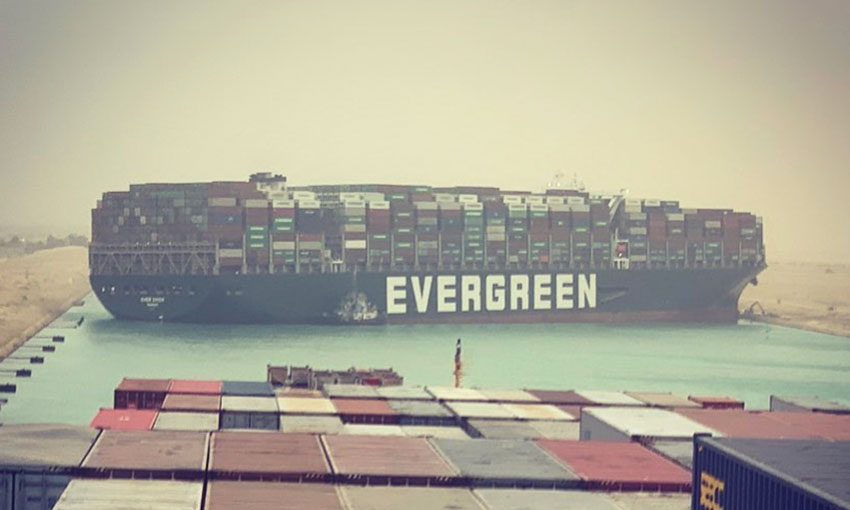 THE CONTAINERSHIP MV Ever Given is blocking the Suez Canal in both directions after running aground south of the Great Bitter Lake.

Shipping has been backing up on both ends of the Suez Canal throughout the day without an end in sight as tugs and at least one digger battle to refloat the colossal vessel.

A statement from GAC said the vessel “suffered a blackout while transiting in a northerly direction”. It was the fifth in the northbound convoy. While none of the vessels ahead of it were affected, there were 15 vessels behind Ever Given, which were stuck at anchorages, according to GAC.

The ship is on Evergreen’s China-Europe Mediterranean Service (CEM) and was scheduled to transit the Suez Canal on 23 March. Its next scheduled port was Rotterdam on 3 April, followed by Felixstowe on 6 April and Hamburg on the ninth.

According to its schedule, Ever Given’s last port of call was Tanjung Pelepas on March 13, preceded by Yantian on 9 March, and Taipei, Ningbo, Shanghai, Qingdao and Kaohsiung before that.